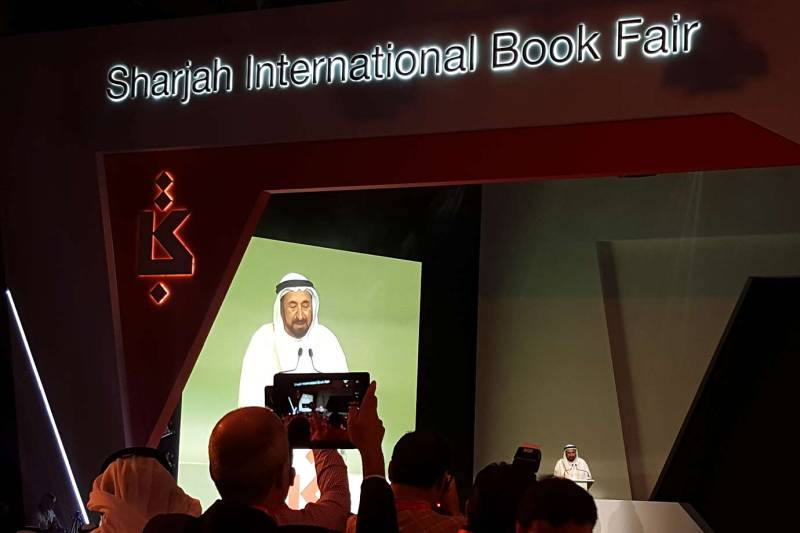 SHARJAH - The 36th edition of the Sharjah International Book Fair (SIBF) has started with a glittering opening ceremony at Expo Centre on Wednesday in the presence of Supreme Council Member and Ruler of Sharjah Dr Shaikh Sultan Bin Mohammad Al Qasimi and other guests.

The book fair is regarded as the third largest in the world with the latest edition displaying 1.5 million books from almost all the categories from science fiction to political biographies.

Apart from quenching the thirst of book lovers, this year's edition would host 393 veteran authors from 48 countries with more than 2,600 events to keep emiratis and expats entertained. 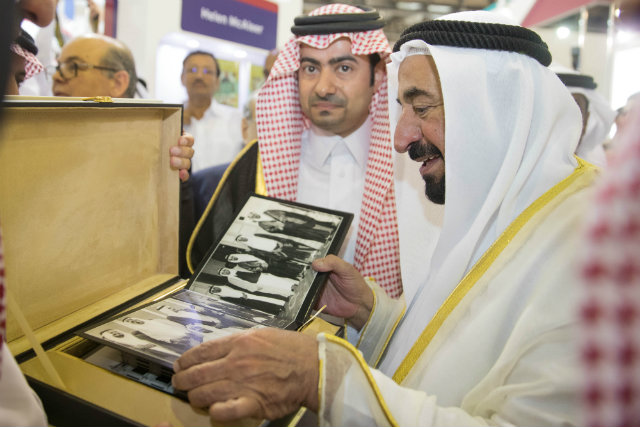 This year's theme, 'A World in My Book,' will reflect the infinite possibilities of the written word in all genres from works of fiction, science, poetry and philosophy to history, technology, biographies and cultural knowledge. And new to the fair this year will be the Comics pavilion too.

In his speech, Al Qasimi underscored that shadowy hands have been promoting malevolent ideas that darken understanding and brain-wash individuals, divesting minds of science, intellect, knowledge, culture and light, preying on our young sons and daughters. These ideas, he said, threaten our Islam, beliefs, culture, heritage and very existence.

He also pointed out that the darkness can only be faced with the light of truthful words, science and culture and stressed the importance of Egypt and its historical role in ensuring the region’s security, standing as it does like a fortified citadel that fights destructive ideas and practices that harm the Arab world. 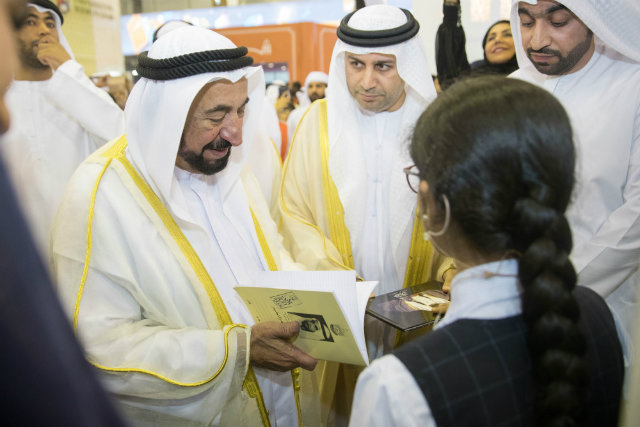 The opening ceremony featured a short documentary about the four new titles authored by the Ruler of Sharjah: Poetry Debates between Sheikh Sultan Bin Saqr Al Qasimi and his friend, Sheikh Muhammad bin Abdul-Aziz Al Siddiqui; Tale of A City – Second Volume; Very Important Journey; and I Owe, which were all signed by His Highness and presented to senior guests from around the world.

Ahmed Al Ameri, Chairman of the Sharjah Book Authority (SBA), said: “Year after year, Sharjah extends its cultural message through science and knowledge, a message which this fair has established over many years, reflecting the country’s ideals and the people’s principles.

“This has led to Sharjah being recognised as the Islamic Cultural Capital and Cultural Capital of the Arab World. The emirate’s ever-increasing international status as a source of knowledge, positivity and ambition has now also helped it to achieve the title of UNESCO’s World Book Capital 2019.” 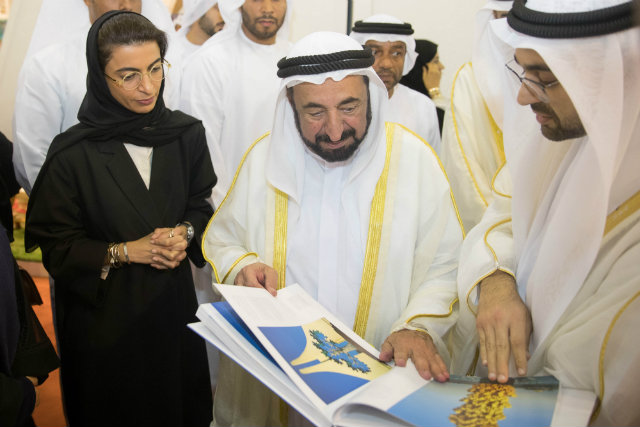 Al Ameri stressed that Sharjah can offer two million books at Sharjah libraries, as well as more than 620 books with 14 million words that have been translated from and into Arabic, as part of SIBF’s Translation Grant which was launched in 2011.

He pointed out that Sharjah Publishing City (SPC), which was recently inaugurated by the Ruler of Sharjah, will be a key destination for publishers, and will open a window to the global book market. In its forthcoming phases it will be home to more than 500 companies specialised in the publishing sector from around the world, with a printing capacity of 1 million books a day. It will provide more than 15 million books in multiple languages through the institutions and publishing houses that operate from the facility.

Another distinguishing feature of Sharjah's book fair would be a display of one of the oldest manuscripts of the Quran, coupled with a panel discussion to give more insight about this historical treasure. 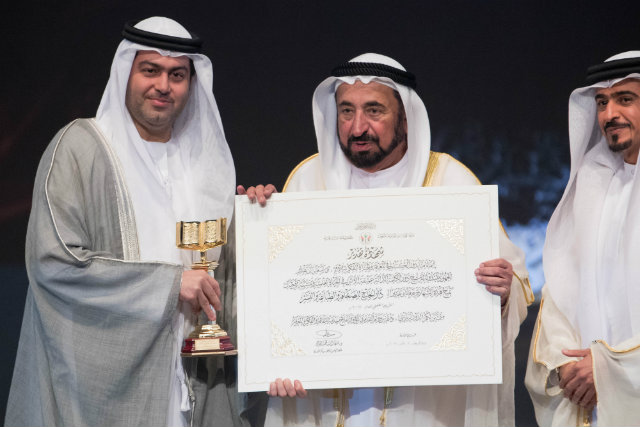 This year, the fair hosts 393 guests from 48 countries, who will participate in more than 2,600 activities. The guests include a host of authors, academics, artists and journalists, who will not only showcase their most significant literary and artistic products, but also address many important topics over 11 days. 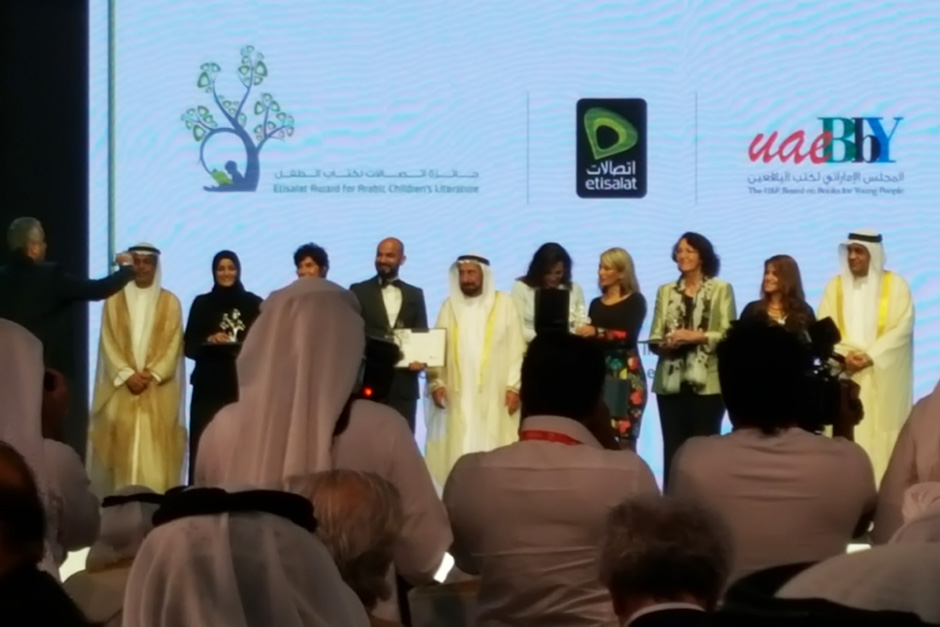 The SIBF’s Children’s Programme will feature more than 1,600 activities, including scientific, educational and creative events as well as awareness activities that cater to kids of all ages. The programme will feature shows, plays and workshops conducted by 44 guests from the UK, Kuwait, Poland, Australia, Moldova, Russia, India, Bahrain, Iceland, Mongolia, Syria, Italy and Ukraine.

The Children’s Programme features a play titled ‘Windy’ from Kuwait, which highlights the importance of human coexistence between communities, a fun and thrilling play from the UK titled ‘Aladdin’, the ‘Crazy Dunkers’ French show which combines slam dunking, basketball skills, acrobatics and comedy, the engaging Russian show titled ‘The Enchanted Seasons’ and the ‘Cowboy Acrobatic Show’ from Moldova.

This year, the SIBF is hosting the Comic Exhibition, one of the most popular forms of art literature in the region. The exhibition features the Virtual Dresser competition, and a Meet-and-Greet-the-Super-Hero roaming performance that features super heroes such as Batman, Spiderman, Wonder woman, Wolverine and other Marvel super heroes.

The Exhibition will also feature art training workshops on designing animation characters and picture book pages, as well as discussion panels with renowned comic artists and experts. The audience will meet Indian artist Ashraf Ghouri, who will present live digital drawing. The audience will also enjoy the Art Lobby, a place for artists to exhibit and sell their works.

For the very first time, SIBF is allocating a huge pavilion for publishing houses and websites dedicated solely to publishing and distributing e-books and audio books, under the slogan ‘Future Zone’ in Hall No.1. The zone provides visitors to SIBF with the opportunity to interact with the participating companies and exhibitors and try their products through various audio and visual channels.

As part of Cookery Corner, SIBF will host a line-up of renowned culinary experts from around the world, including Michelin star and Guinness record holder chefs from India, Canada, UK, Egypt, Jordan and Morocco. They will present a series of live cooking shows, and sign their best-selling books.

Among the celebrity chefs participating in this year’s edition are Abdelsamei Elsherbiny from Egypt; Myasoon Abu Shakra, Daad Abu Jaber and Hanan Farah from Jordan; Khawla Aissane from Morocco; Raj Kalesh from India, Kate Young from the UK; Pailin Chongchitnant from Canada; Damu ‘Dr. Chef’ from India; and Niklas Ekstedt from Sweden.