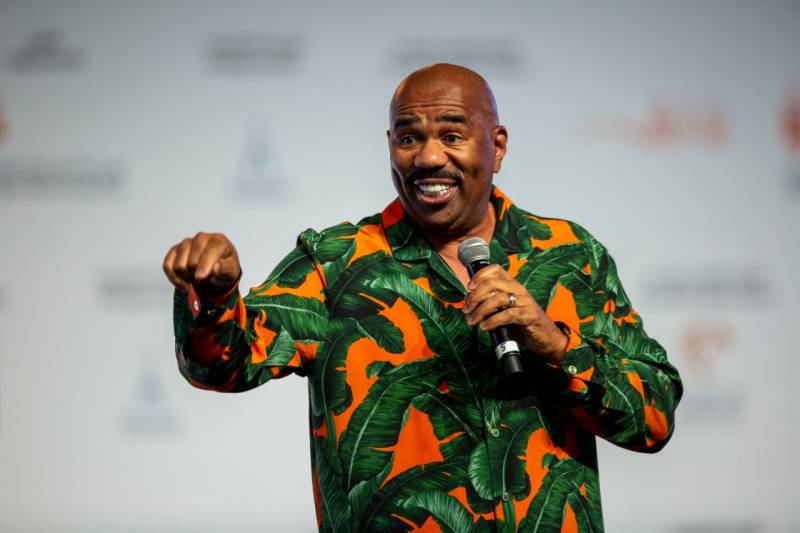 SHARJAH – Award-winning American TV host, motivational speaker and comedian Steve Harvey filled the audience with determination to achieve any dream with his awe-inspiring words he expressed at a session of the Sharjah International Book Fair (SIBF).

Telling students about secrets behind his success, Harvey said that his steadfast belief in God, undying desire to achieve success and maintaining discipline helped him to rise to the fame from a life filled with poverty.

The standup comedian, who is famous for announcing the wrong winner in the 2015 Miss Universe beauty pageant, said that he wanted to become global brand and that mistake made it true. 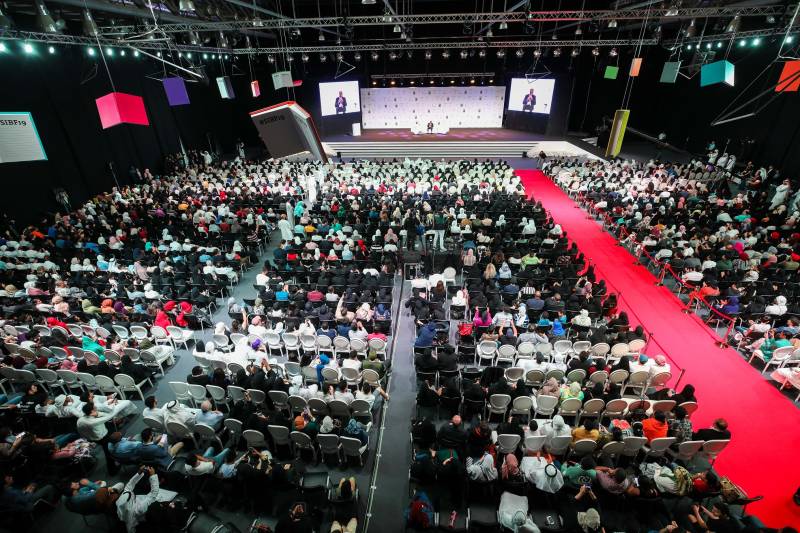 "With that incident, God had increased my global brand and persona. I didn't really appreciate the way he did it, but I was the world's most famous person for 48 hours," he said.

“Life is 10 per cent what happens to you and 90 per cent of what you do about it,” he said, adding, “You are bound to fail many times, but you have to fail to be successful.”

“In my 30 years as a stand-up comedian I made several mistakes, wrote several jokes that weren’t funny, but the world will only write about successes,” he recalled.

“You have got to know how to learn from each failure.” 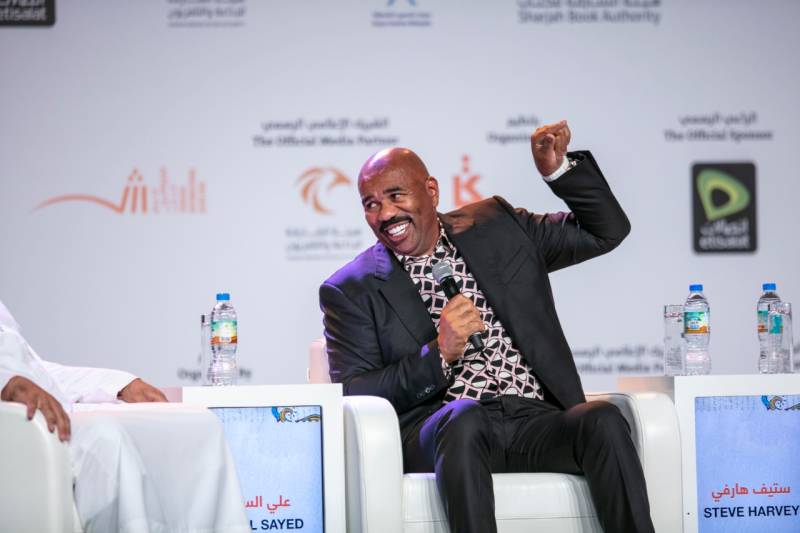 Sharing his early life incidents, Harvery said, "My family said to me, get a job like your brothers and sisters. We grew up very poor. My father was a coal miner, and my mother was a Sunday school teacher".

"There were no black people in television. My family said to me that I got to get a job like my brothers and my father. No one in my family, neighbourhood, or my school was a TV star," he said.

Talking about having dreams, he said: “This is life and that’s how it’s going to be all the time. So, the dream that you have has to be bigger than all your problems. My dream was so big, it took over my problems. When people said, ‘we do not hire Black people’, my dream got bigger. My faith in God is undaunted. If you have God, you have everything”.

Having been a boxer, an autoworker, an insurance salesman, a carpet cleaner, and a mailman till he became a successful showman, Harvey was asked about his endless tenacity. His response was automated, “My father was my inspiration. He was a mine worker who earned US$ 5 a day – he cared for my mother and his children. He taught me to work tirelessly. I feel people can outsmart me, they can outdo or outlive me, but they can’t work harder than I can.”

Speaking on his first visit to Sharjah, he said: “The emirate of Sharjah cannot be compared to any other city in the world”, he added that he was welcomed and celebrated their guests like no other host.”

Harvey praised the efforts of Sharjah Ruler for his unwavering commitment to Sharjah citizens and residents, and his keenness to make sure they live in a safe and nurturing environment. He noted, “such care is exceptional”.

America’s most-loved host spoke about his style in stand-up, and about the importance of family, marriage being a hard decision, in addition to talking about how he puts women on a pedestal. He said that he is working on a book about empowering women.