UN slams disproportionate use of force in US protests 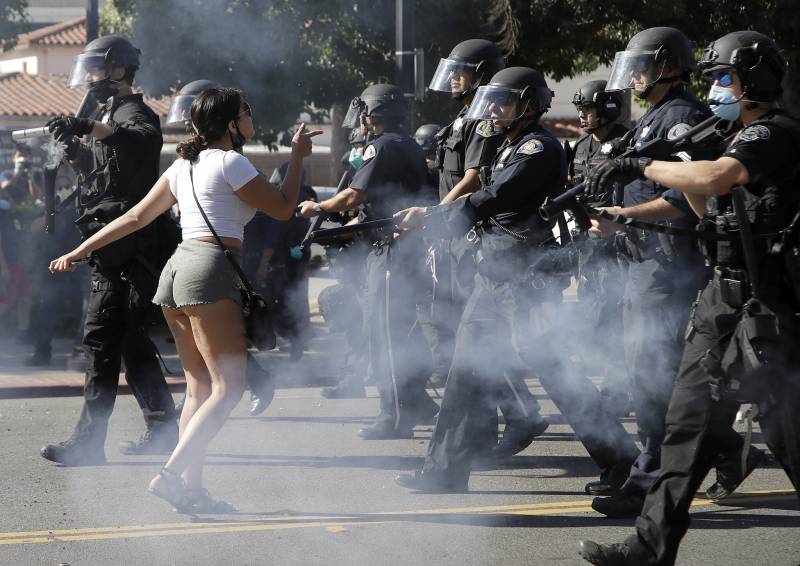 UNITED NATIONS – US police and security forces must not use disproportionate force against protesters and journalists in US cities, including Portland, or detain them unlawfully, the United Nations human rights office has said.

Law enforcement officers and federal forces must be clearly identifiable so that they can be held to account for any incidents of abuse, Liz Throssell, UN human rights spokeswoman, told a news briefing in Geneva.

U.S. cities including Portland have been rocked by protests against racial injustice sparked by the death of George Floyd in police custody in Minneapolis on May 25.

Spokesperson Throssell was answering a reporter’s question about the US authorities deploying federal security officers to various cities to quell demonstrations against racial injustice.

“Peaceful demonstrations that have been taking place in cities in the US, such as Portland, really must be able to continue without those participating in them – and also, the people reporting on them, the journalists – risking arbitrary arrest or detention, being subject to unnecessary, disproportionate or discriminatory use of force, or suffering other violations of their rights”, Ms. Throssell said.

Regarding reports about unidentified police officers detaining protestors, she said “that is a worry because it may place those detained outside the protection of the law, and may give rise to arbitrary detention and other human rights violations.”

Ms. Throssell said federal and local security forces must be properly and clearly identified. They also should use force only when necessary and in accordance with international standards.

“Also, it is important that any victims of unnecessary or excessive use of force do have the right to remedy, and there should be, as we often say, prompt, independent, impartial and transparent investigations into any allegations of human rights violations, and that should ensure that those responsible are held accountable”, she added.

In light of demonstrations across the world, the UN Human Rights Committee, which monitors implementation of the International Covenant on Civil and Political Rights, has been analyzing the right to peaceful assembly.

Ms. Throssell said the Committee will issue a general comment, or guidance, on 29 July, covering issues that include both physical and online protests, public order, and the work of the media.