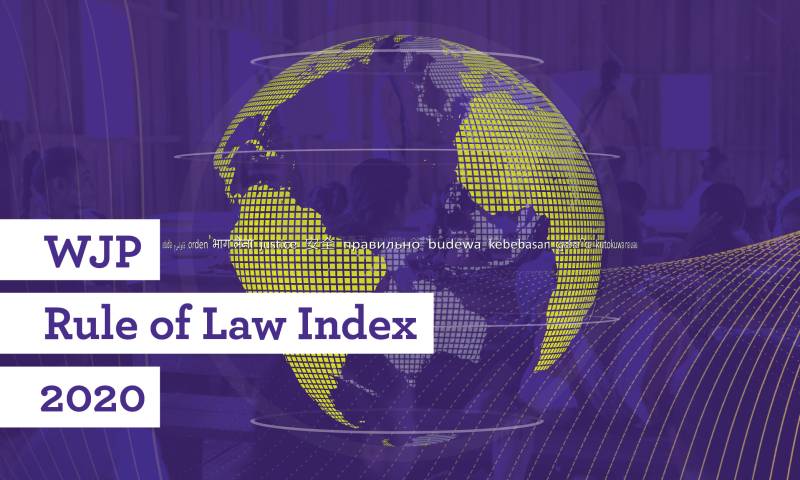 The Index is the world’s premium source for original, independent data on the rule of law which measures across eight factors which are, Constraints on Government Powers, Absence of Corruption, Open Government, Fundamental Rights, Order and Security, Regulatory Enforcement, Civil Justice, and Criminal Justice.

The WJP’s Index 2020 reflects that Pakistan secured 0.39 score and placed the country on 120th position in the world ranking. However, in 2019 Pakistan’s ranking was 117.

Pakistan only surpassed Afghanistan in the regional ranking also country ranked 25th position out of 30 in lower-middle-income countries list.