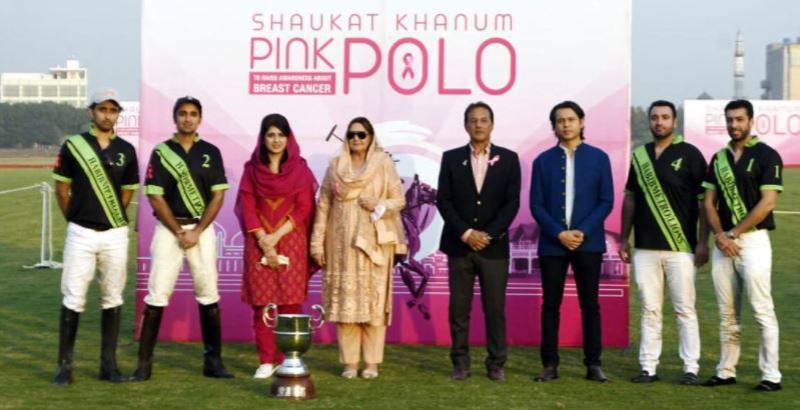 Ahmed Ali Tiwana was the hero of the main final as he not only played superb polo and amused the spectators with his polo skills and techniques, but also converted excellent nine goals from the winning side. The rest of the contribution came from Mian Abbas Mukhtar (3 goals) and Farhad Sheikh (2 goals). From the losing side, N Sub Israr Wali, Kasim Ahmad Khan and Hav Shahzad scored one goal each.

Talking to media, Farhad Sheikh of Habib Metro Lions said: “We worked really hard and the result of that hardwork is the Shaukat Khanum Pink Polo trophy, which we won with collective efforts and we are keen to win more titles. I am also grateful to our sponsors Habib Metro for their all-out support.”

Speaking on the occasion, chief guest Mrs. Begum Parveen Sarwar said: “Maximum number of women must be part of this noble cause, which is spreading the awareness about breast cancer and playing a key role in saving many precious lives. I really enjoyed watching such an exciting polo at the Jinnah Polo Fields, which is the state-of-the-art facility and I am very impressed while watching such a lucrative facility for polo players.”