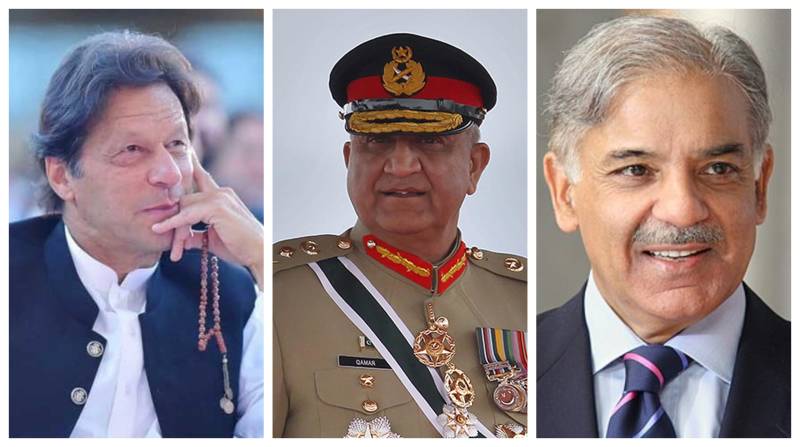 ISLAMABAD – A number of Pakistani personalities have been named among the top 500 most influential Muslims across the world.

The forum described the Pakistani influential persons as:

Prime Minister Shehbaz Sharif became the 23rd prime minister of Pakistan in April 2022 after a no-confidence motion against former Prime Minister Imran Khan. Sharif is the brother of former Prime Minister Nawaz Sharif and has himself had a long political career, being the President of the Pakistan Muslim League and serving as the Chief Minister of Punjab three times (1997, 2007, and 2013). He was arrested in 2020 on charges of corruption and money laundering and spent a few months in jail before being granted bail in April 2021. Although enjoying a reputation as a competent administrator, he has much work to do to build national and international trust in his government.

General Qamar Javed Bajwa is the current Chief of Army Staff (COAS) of the Pakistan Army having been appointed so in 2016, ahead of two more senior generals, by then prime minister Nawaz Sharif. His tenure of the post was extended for another three years by then prime minister, Imran Khan, in August.

He is set to retire in the running month.

Imran Khan became the Prime Minister of Pakistan in 2018 amid huge expectations that he could bring the country forward on issues of governance, accountability and reduction of corruption. He endured a tough time before being ousted in April 2022 through a no-confidence motion. He has maintained that foreign interference played a major role in his ousting and pointed fingers at various institutions in the country. In August 2022, Khan himself was charged by the Pakistani police under anti-terror laws and is currently on bail. Khan still maintains massive popular support in the country as well as with the large and powerful Pakistani diaspora. His challenges are seen as part of the inevitable results of trying to change a system rife in corruption and of trying to reduce the role of the military

He received a 10-year sentence and spent 2 months in prison before the Pakistan High Court suspended the sentence (the same happened to his daughter, Maryam). Sharif was then found guilty of fresh corruption charges and an accountability court sentenced him to 7 years in prison and fined him $25 million. He was allowed to leave for London to receive medical treatment in November 2019 and has yet to return to Pakistan. It is widely expected that this will happen now that his brother has become Prime Minister.

Maulana Tariq Jameel is a prominent Deobandi scholar who is also one of the most popular preachers in Pakistan. He belongs to the Tablighi Jamaat group and his lectures focus on the subject of self-purification, avoidance of violence, observance of Allah’s orders and pursuing the way of the Prophet Muhammad g. Background: After completing pre-medical studies, Maulana Tariq was admitted to the King Edward Medical College in Lahore. It was there—under the influence of members of the Tablighi Jamaat—that his focus changed to Islamic education. His Islamic training is from Jamia Arabia, where he studied Qur’an, Hadith, Sufism, Logic, and Islamic Jurisprudence. Maulana Tariq’s background in the sciences allows him to explain Islamic matters in a way that appeals to modern urban Muslims. Additionally, his simple lifestyle and eloquence in Urdu, as well as his fluency in Arabic, catapulted his fame across the Muslim world.