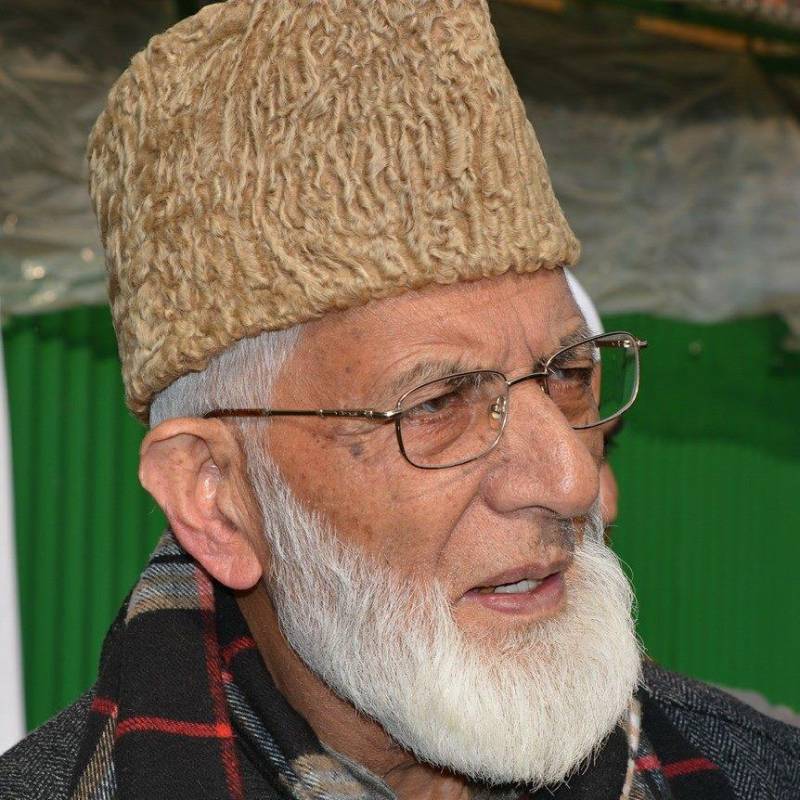 SRINAGAR (Web Desk) - The All Parties Hurriyet Conference (APHC) has said that the puppet authorities have become the residence of its Chairman, Syed Ali Gilani, into a sub-jail, snapping all communication courses in Indian Occupied Kashmir.

According to Kashmir Media Service (KMS), the APHC in a statement denounced the unethical and undemocratic activities of the puppet government, especially cordoning off of the agency-cum-residence of Syed Ali Gilani, ransacking and destroying of fruits in orchards, burning of paddy heaps and widespread arrests.

It stated that the balloon of ‘battle of Ideas’ by the puppet ruler had been punctured since long.

The APHC said that Syed Ali Gilani had been confined in the four walls of his house since 2010 and all his social and political activities had been curbed and he had not been allowed to participate in the functions of any of his family members especially marriage ceremony of his four grandchildren recently and even on Fridays and Eid occasion he was not allowed to offer prayers.

“Hyderpora residence of Syed Ali Gilani has already been converted into a sub-jail, but since September 21, 2016, the cordon and restrictions have been reinforced by deploying a contingent of the Central Reserve Police Force (CRPF) in a mobile bunker fitted with an automatic snipers and cameras, which keeps the record of everybody coming and visiting him,” the statement said.

“By snapping the communication, not permitting any visitors, even the family members and their kids have to ask higher authorities to go inside their own house, round the clock vigil by armed police and CRPF has created a fearful and terrifying environment,” it said.

The statement said these tactics were part of well-thought policy of the occupation authorities to keep Syed Ali Gilani away from masses.