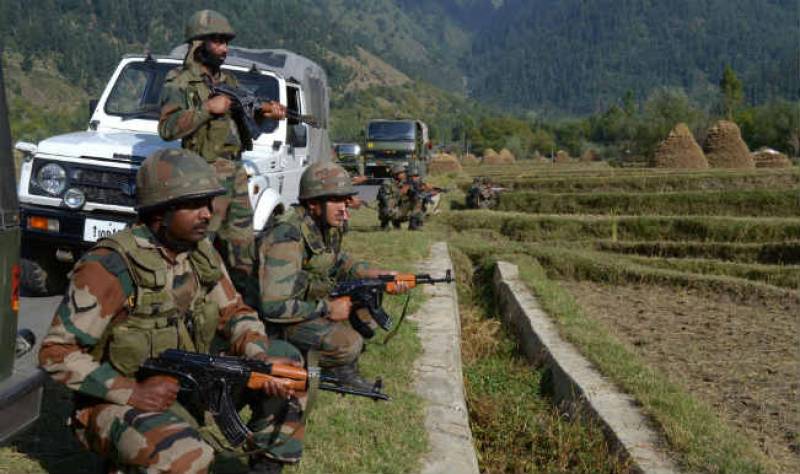 According to the details provided by military sources, unprovoked shelling by the Indian border forces took place at the Chamb sector around 4 A.M. Pakistani troops returned fire and responded befittingly to Indian shelling.

"Pakistani troops befittingly responded to Indian unprovoked firing which started at 0400 and continued till 0800 at LoC in Bhimber sector," said the ISPR.

The ISPR did not say whether there were any casualties on either sides.

The timely response of Pakistani soldiers gave a strong message to the traditional foe which opted not to repeat the aggression again.

Earlier, on Wednesday, India resorted to unprovoked shelling and Pakistani forces returned fire, the same day. Two army soldiers from Pakistan were martyred in the incident, which the Indian DGMO falsely claimed was a 'surgical strike'. Pakistan's reply resulted in multiple causalities across the border. Pakistan also captured a 22-year-old Indian soldier.

The shelling across the LoC comes in the backdrop of tense India-Pakistan relations, with both countries close to a conventional conflict. US, Russia, Iran and the United Nations have called on both nuclear-armed countries to show restraint and calm down the situation.