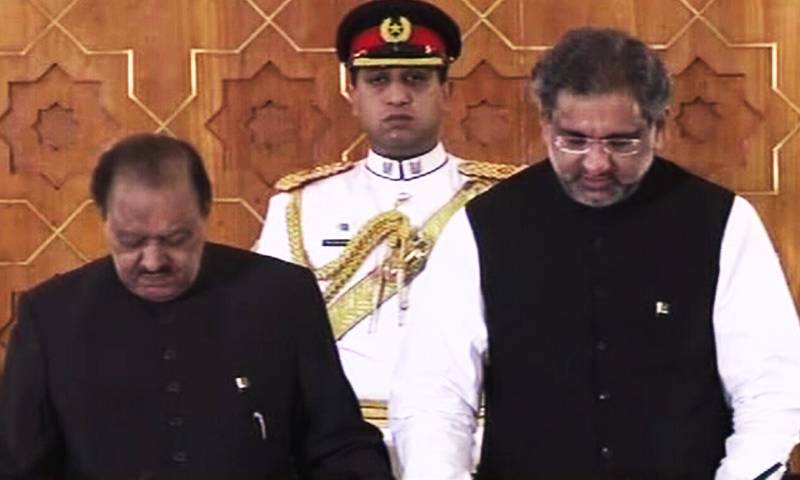 Among others, who attended the ceremony include Governors of the four provinces, Chief Ministers of Balochistan and Gilgit-Baltistan, Speaker and Deputy Speaker of the National Assembly.

Earlier, he was elected Leader of the House in the National Assembly with a thumping majority.

In the elections held at Parliament House in Islamabad on Tuesday evening, he secured 221 votes.