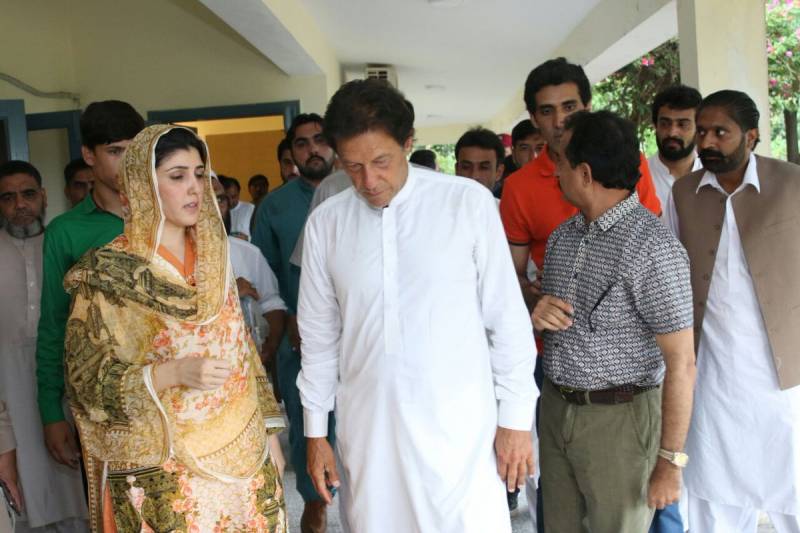 Conducting a press conference, Ayesha Gulalai said that she was leaving PTI since she could not compromise on her respect.

“Imran Khan sent inappropriate text messages from his phone to females in the party,” she said.

Ayesha Gulalai said during her press conference that she would not call the cricketer-turned-politician a Khan but would now refer to him as Imran Niazi, since she did not recognise him as a Pathan.

Gulalai said that Imran Khan had even said inappropriate words for Benazir Bhutto once during a PTI meeting, which she did not like since the former prime minister was no longer alive.

“Imran Khan once used deplorable words for Benazir Bhutto,” she said. “I think it is highly wrong to use such words for someone who has passed away. Even Islam teaches us not to say anything bad about people who have passed away,” she added.

“While PTI workers were busy getting beaten up by police, Imran Khan was in Bani Gala,” she said. “He used to refer to them as Chotay workers,” she added.

She also put forth serious allegations against Khyber Pakhtunkhwa Chief Minister Pervez Khattak, stating that his son used to give away specific seats.

During her press conference, Gulalai said that Imran wanted to bring western culture in Pakistan. She stated that she was not happy with the party leadership since a long time due to the corruption that was prevalent in Khyber Pakhtunkhwa corruption and the way PTI treated women.

When reporters asked her to show the inappropriate text messages from Imran Khan, Ayesha Gulalai said that she had all the record of messages that the PTI chief had sent to her.

However, in her press conference, she did not show anything substantial regarding her allegations on Imran Khan.