At least 20 killed, dozens injured in explosion at Afghanistan mosque 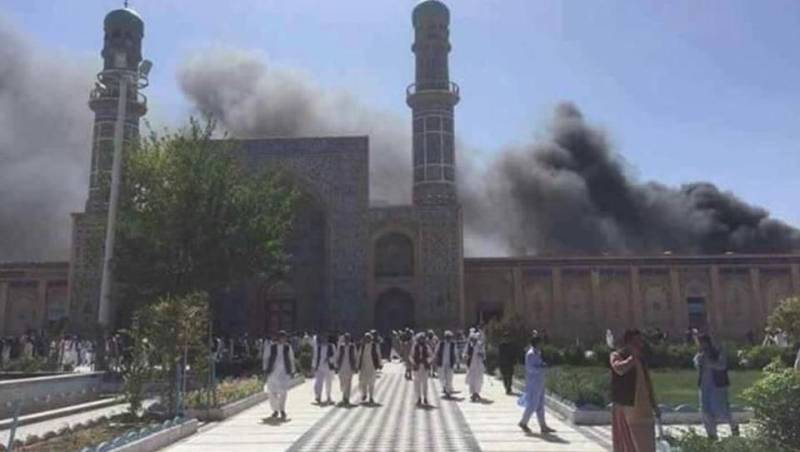 KABUL - At least 20 people have been killed and dozens injured in an explosion at a mosque in western Afghanistan, medics confirmed, as cited by the local media.

The Jawadia mosque said to be the site of the blast, is in the Dehr Abad area in Herat city, the regional centre of the Herat province, bordering Iran.

The mosque was attended by the members of the local Shiite minority.

A local health official, Dr. Mohammed Rafique Shehrzad, confirmed to the news agency that at least 20 people died in the explosion.

#AFG Many young Heratis have rushed to the hospital to donate blood. Photos shared by a friend in Herat. pic.twitter.com/YJiAQCfZQx

One of the attackers opened fire on the worshippers gathered at the mosque, after another attacker detonated explosives in front of the facility, the news outlet noted.

The Afghan Shiite minority has been repeatedly threatened by Islamic State (IS, formerly ISIS/ISIL) extremists that operate in the eastern parts of the country.

The incident comes just a week after a massive blast rocked the Afghan capital, Kabul.

According to the Afghan Interior Ministry, 35 people died and 40 others were injured in that explosion. The attack was claimed by the Taliban.