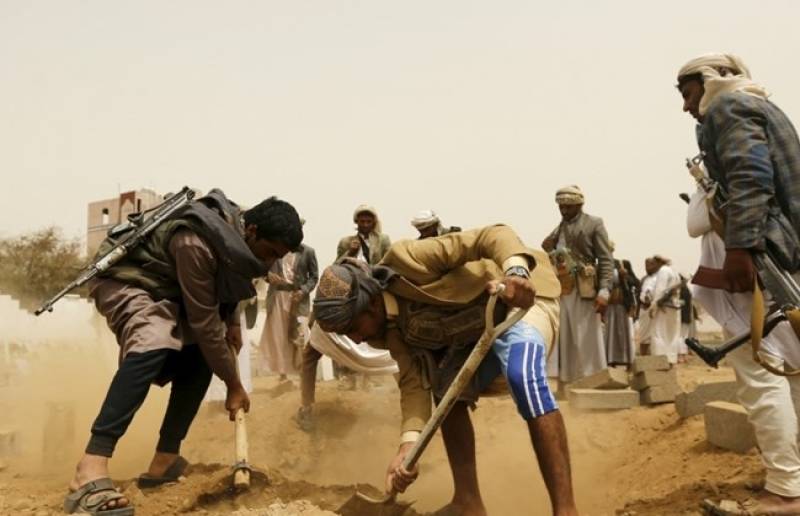 ADEN (Web Desk) -Yemen's Houthi rebels are ready for negotiations as long as the Saudi-led coalition halts its aerial strikes and talks are supervised by 'non-aggressive' parties, said senior members on Sunday.

Saleh al-Sammad, who was an adviser to President Abed Rabbou Mansour Hadi, said the Yemenis reject the return of Hadi, who escaped to Saudi Arabia after Shiite Houthi fighters edged closer to his southern base of Aden last month.

"We still stand by our position on dialogue and we demand its continuation despite everything that has happened, on the basis of respect and acknowledging the other," Sammad said.

"We have no conditions except a halt to the aggression and sitting on the dialogue table within a specific time period ... and any international or regional parties that have no aggressive positions towards the Yemeni people can oversee the dialogue," Sammad said, without specifying who they might be.

Sammad added that he wanted the dialogue sessions aired to the Yemeni people "so that they can know who is the obstructer."

Saudi Arabia's King Salman was quoted as saying Monday that the kingdom was also ready for a political meeting of Yemeni parties, under the auspices of the Gulf Cooperation Council (GCC).

The United Nations says more than 500 people have been killed in the past two weeks in Yemen and nearly 1,700 wounded.