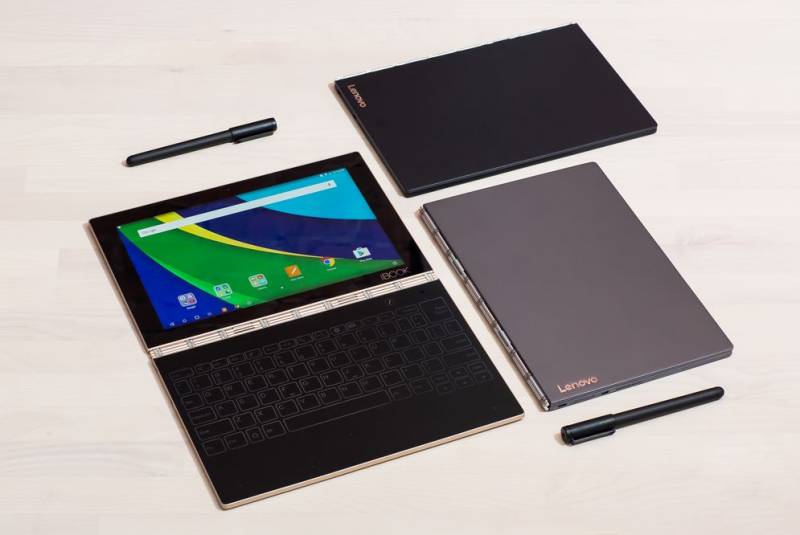 Lenovo is introducing an unusual take on the tablet computer - Yoga Book - that can take a digital copy of handwriting as it is jotted down on a paper notepad placed on top of the machine.

The Yoga Book's unusual fold-out digitiser pad can also be used to create graphics. In addition, it lights up to form a keyboard. It’s about the size and shape of a hardcover children’s book, has two panels attached by a hinge, and can be used with your fingers or with its included pen. It lets you to write with real ink and have it all digitized.

Lenovo even throws in a RealPen Stylus that can be used on either screen, and also has actual ink. The stylus offers 2,048 levels of pressure sensitivity and 100-degree angle detection when used digitally. And it doesn’t require batteries to function. 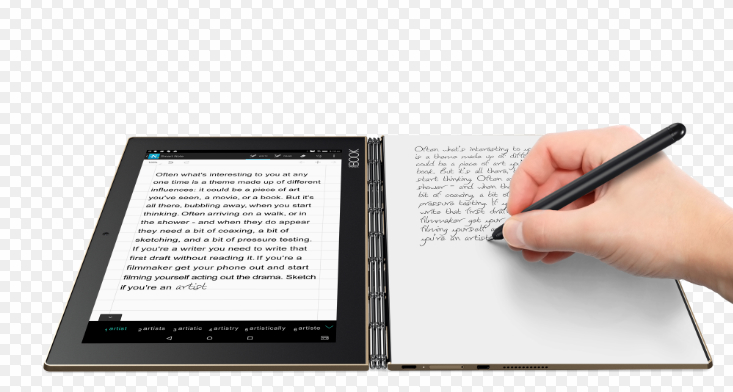 Yoga Book has a 10.1” FullHD IPS main display, an aluminum allow body, and is only 170.8mm (6.72”) wide. The diminutive system features Lenovo’s watch-band hinge, and is built around an Intel Atom X5-Z8550 quad-core processor, running at 2.4GHz. Paired to the processor is 4GB of RAM and 64GB of solid state storage, but that can be expanded via a standard micoSD card slot. There are also 8MP (rear) and 2MP (front) cameras on-board, along with 802.11ac Wi-Fi, Bluetooth, and optional LTE cellular connectivity.

One expert said that pursuing a unique approach was "risky".

The tablet has allegedly bucked a trend by allowing among rivals that encourage users to write and draw directly on their screens.