One dead, 18 injured as passenger plane catches fire in Russia 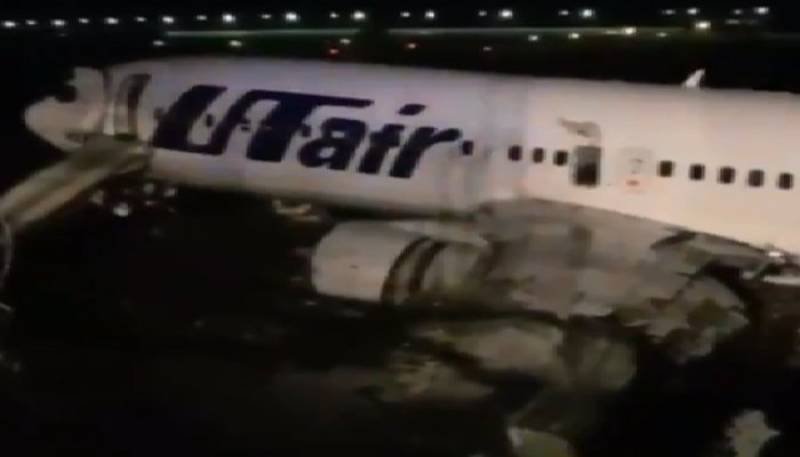 MOSCOW - At least one person was killed and 18 others injured when a passenger plane skidded off a runway in Russia´s Olympic city of Sochi, ending up on the bank of a river and caught fire during landing early Saturday.

The Boeing 737 of the Utair airline flying from Moscow with 166 passengers and six crew members faced the mishap when it attempted to land in Sochi. A wing of the plane damaged causing a fire in the passenger jet.

"As a result of the crash landing at Sochi airport 18, including three children, sought medical help," regional health authorities said. The investigators have launched a criminal probe into the incident.

A spokesperson for the Sochi Airport said that an employee of the airport died, possibly of a heart attack, during the rescue operation.

Around sixteen ambulances took part in the rescue operation, while the fired had been extinguished, saving the plane from further damages.

Due to the crash landing, departure and arrival of about 20 flights have been delayed, leaving passengers in troubles.