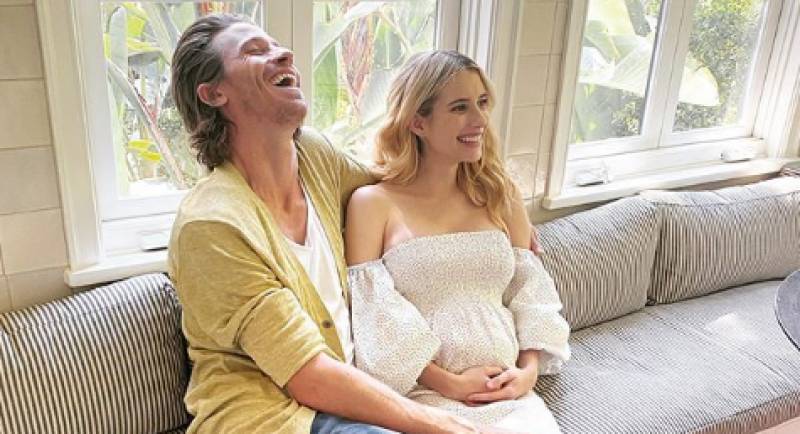 The actress has confirmed on Instagram that she is pregnant and expecting her first child with boyfriend.

Posting a series of photos, Roberts flaunts her baby bump in a white dress, beaming on a sun-drenched couch as Garrett wraps his arms around her.

The post is a pregnancy announcement, as well as a gender reveal, because she captioned it, “Me…and my two favorite guys ????????” with two blue hearts.

Some of Roberts' celebrity family and friends congratulated her on the news: Aunt Julia Roberts commented, "Love you," while Scream Queens co-star Lea Michele said, "You will be the greatest mama. I love you Em! Boy moms together."