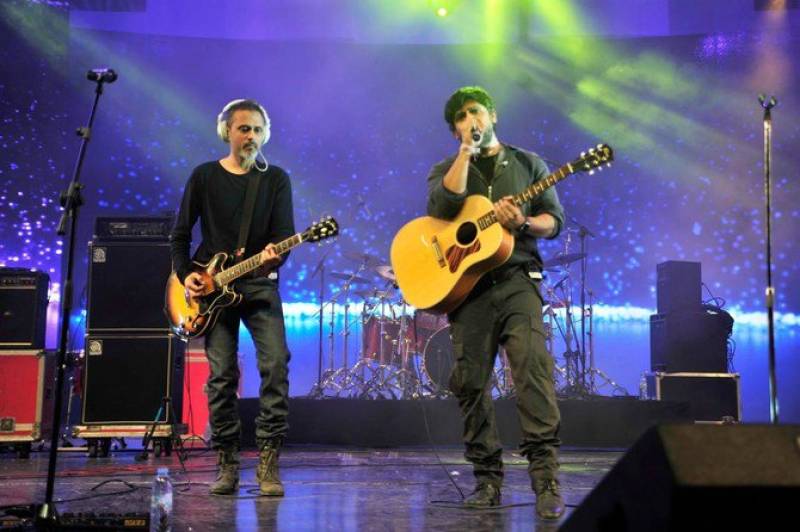 KARACHI - The Pakistani famed music band ‘Strings’ has released a new music video featuring all the athletes from the Pakistani team who have recently returned from the special Olympic Games 2019 that was held in Abu Dhabi.

Tum Aasmaan Ho is written by the great satirist and scriptwriter, Anwar Maqsood. The Producer Beenish Umer and the executive Producer Sarwat Gilani have contributed in making of this very special music track. Sarwat is also the Brand Ambassador of SOP.

The music video begins with the voice of Eunice Kennedy Shriver, who was the founder of Special Olympics, followed by clipping of the legend Anwar Maqsood who says, “Raise their morale, I am sure, they won’t let you down.”

The iconic pop-rock band Strings are set to mark three decades of beyond awesome music and get this - they are here ...

Pakistan has won a total of 62 medals. In the music track, we can see how dedicatedly the players are practising for the event. These players are also singing and dancing along with the Strings band in the studio.

Tum Aasmaan Ho gives a strong message that these special players are the sky and the earth… and whoever cannot see this, is the one who is lacking!

KARACHI: With their 30th year celebrations on the rise, Strings has once again been showcasing their immense passion ...

Along with Tum Aasmaan Ho, Strings have previously produced songs that highlighted the ongoing situation in Pakistan. Their tracks like Ab Khud Kuch Karna Paray Ga and Main Tou Dekhoonga vocalize about the issues of the country.

Here is the inspirational track: