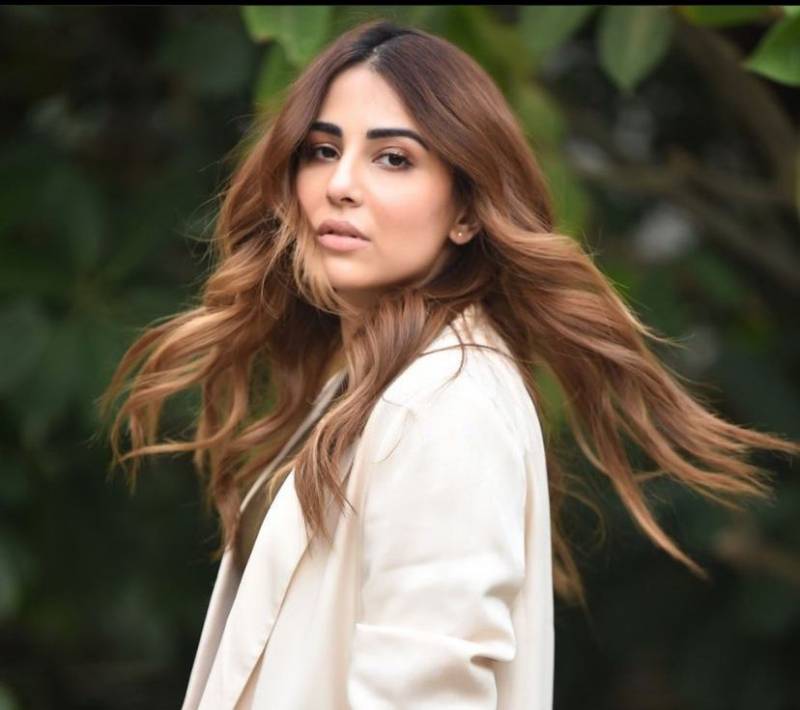 However, the Bashar Momin actor has fallen prey to insensitive comments over the colour of her skin. Taking to Instagram, the Parizaad actress shared multiple pictures from her Austria trip. The exciting glimpses were loved by the fans .

However, one picture of Shah where she was holding an icecream cone sparked demeaning comments from haters. The trolls posted unkind comments about the colour of Shah's hands, calling them "dark" and "ugly".

Never one to shy away from unnecessary hate, the Balaa star responded by expressing pride in her brown skin."The amount of nonsense comments from my fellow brown-skinned Pakistanis about the colour of my hands in this picture. I drive, I walk in the sun, I am tanned. I am a BROWN PERSON." 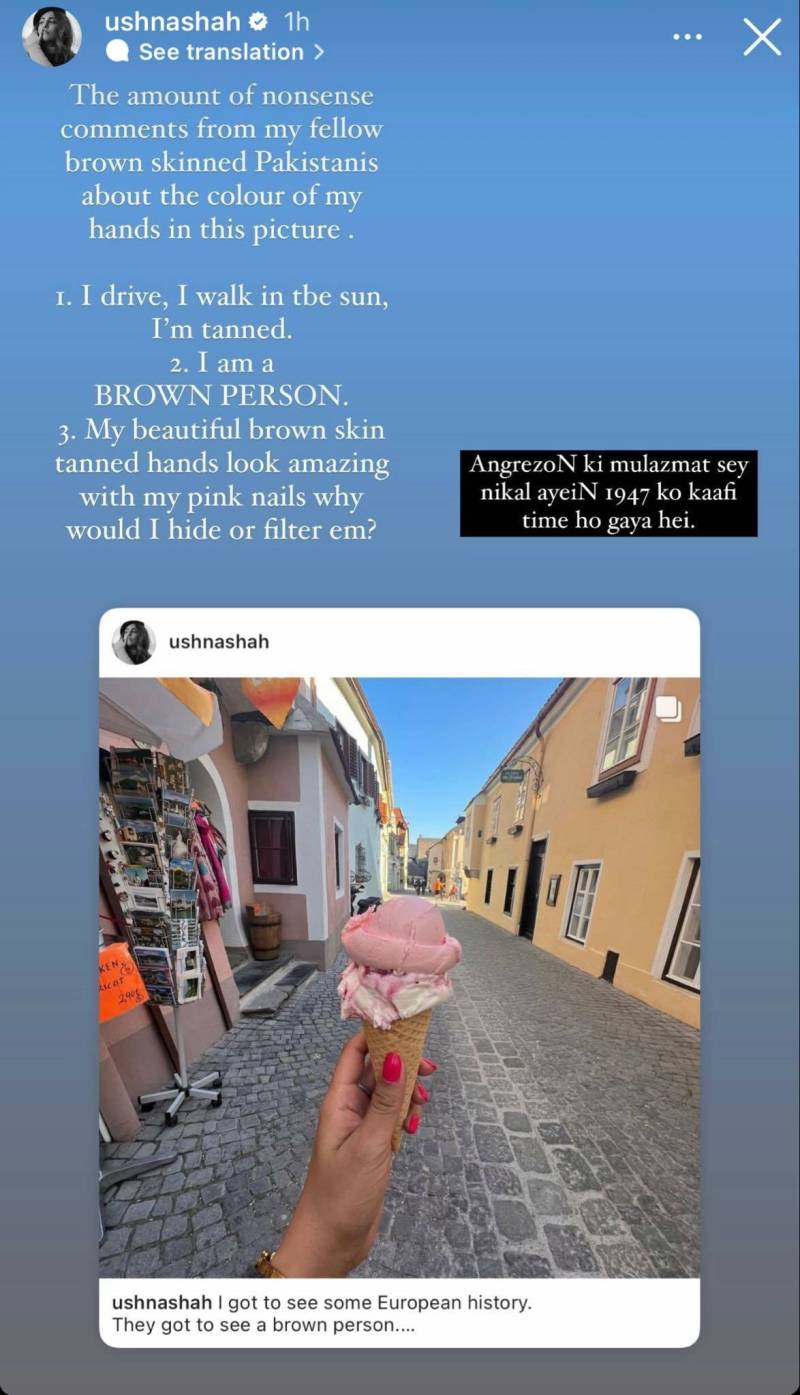 Furthermore, she called out the hypocrites who keep clinging to Eurocentric beauty standards. “My beautiful brown skin tanned hands look amazing with my pink nails why would I hide or filter [them]. Leave the servitude of the British, it's been a long time to 1947," she concluded.

Earlier, supermodel Mushk Kaleem talked about people who wished she ‘whitens up' for shoots.

On the work front, Shah's portrayal of a strong resilient woman in the drama serial Akhir Kab Tak has created a benchmark and was loved by the fans.

Lollywood diva Ushna Shah has slowly carved a niche for herself in the entertainment industry due to her beautiful ...