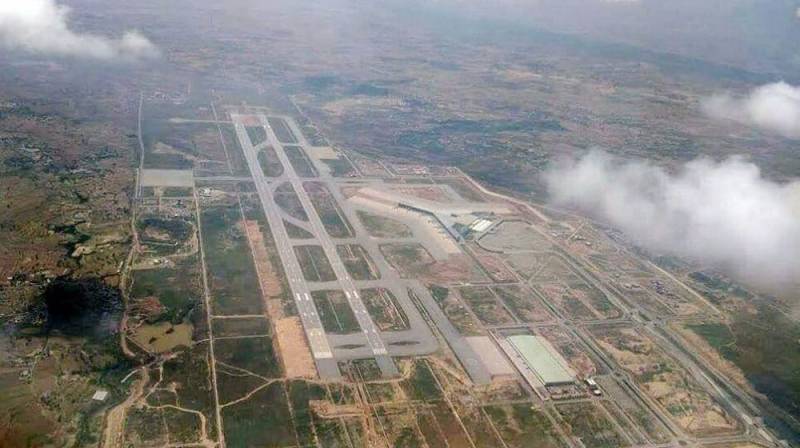 ISLAMABAD - The New Islamabad International Airport that was set to be inaugurated on August 14 will now be open in December, it emerged on Tuesday.

The delay was revealed in a Senate Standing Committee on Cabinet Secretariat which met with Talha Mehmood in the chair citing incomplete link road.

Talking to newsmen after being briefed by the NHA authorities, the committee chairman said that 97 percent of the work on the new airport has been completed while gas, electricity and water issues have been resolved.

'But due to flawed planning by NHA, link roads are still not completed and now the airport would be inaugurated in December 2017', disclosed Talha Mehmood.

The Senator maintained that the new Islamabad International Airport project was initiated in 2007 with an estimated cost of Rs. 32 billion, but due to flawed planning, it was delayed repeatedly and now the cost stood at Rs82 billion.

He further said that NHA has now given a commitment to complete link roads by November 2017.

The officials described that there were 19 projects including 6 air sides, 6 terminals and 7 landside projects.

The committee also reviewed the Gawadar Airport. It was briefed that China will complete Gawadar port as part of the multi-billion dollars China Pakistan Economic Corridor.