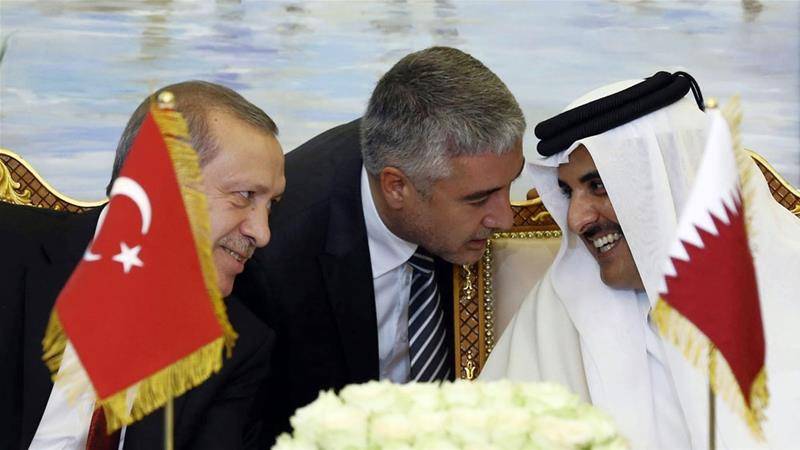 ISTANBUL - Embroiled in a diplomatic crises,  Qatar launched joint military exercises with Turkey on Tuesday in the emirate that will involve some 250 Turkish troops and 30 armoured vehicles.

Media reports imply that the exercises come as Ankara presses on with its unequivocal backing of Doha in the crisis triggered by the political and economic isolation of Qatar by Gulf and other Arab states led by Saudi Arabia in June.

The exercises would initially involve ground forces with naval forces later on. An observation day involving top commanders would take place on August 7-8.

On June 5, Saudi Arabia, Bahrain, the United Arab Emirates and Egypt cut ties with Qatar accusing it of backing extremism and fostering ties with their Shia rival Iran.

Doha refuted the allegations and succeeded in enlisting the help of Istanbul.

ISTANBUL - Turkish President Tayyip Erdogan observed on Tuesday that isolating Qatar, including by the use of ...

On the other hand,  Turkey is between a rock and a hard place as it seeks to balance its strategic alliance with Qatar while preserving its own relations with hydrocarbon powerhouse, Saudi Arabia.

Turkey is setting up a military base in Qatar, its only such outpost in the region. It has sped up the process since the crisis began and reportedly now has 150 troops at the base.

After a tour of the region last month that included visits to Qatar, Saudi Arabia and Kuwait, Turkish President Recep Tayyip Erdogan said more time was needed to solve the crisis.

In an unexpected development, Saudi Arabia, the United Arab Emirates, Bahrain, Egypt, Yemen and Libya severed their diplomatic links with Qatar in June. The latest country to join the bandwagon was Maldives that also announced maintaining no relations with Gulf state ‘because of its firm opposition to activities that encourage terrorism and extremism’.

Reacting to the visible isolation, Qatar’s Foreign Ministry expressed deep regret over the decision of Saudi Arabia, Bahrain, the United Arab Emirates’ and Egypt to break diplomatic ties with it.

After the untoward decision by Muslim countries, international powers were wondering whether Pakistan would side with Saudi Arabia or takes a different turn.

However, a Foreign Office statement confirmed that Pakistan had no immediate plan to severe ties with Qatar.

“Pakistan has no such plans,” FO spokesperson Nafees Zakaria said in a statement.

“At the moment there is nothing on Qatar issue, (we) will issue a statement if some development takes place,” Zakaria added.