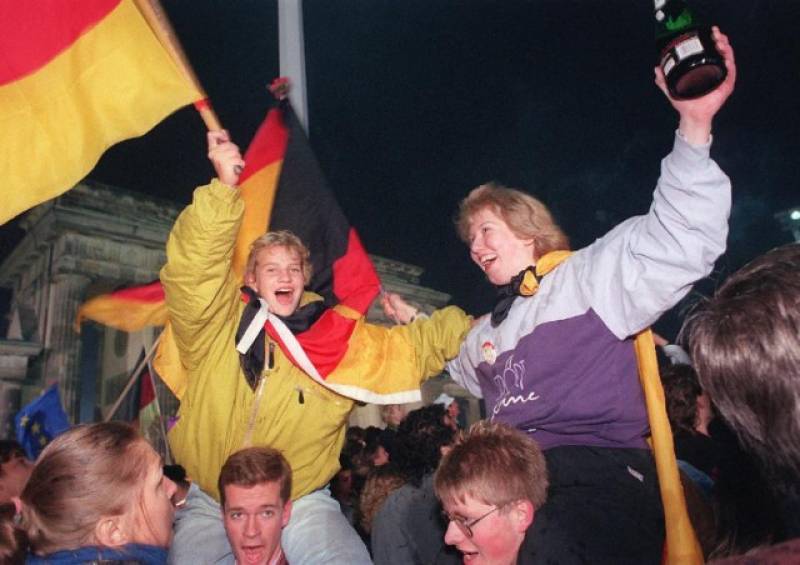 BERLIN (APP) - Germany celebrates 25 years since its reunification on Saturday despite influx of migrants and a global cheating scam.

The silver anniversary of the day communist east Germany and the capitalist west reunited as one country comes with Europe’s top economy standing at a crossroads.

This year, the annual party will be held in the business capital Frankfurt.

Chancellor Angela Merkel and President Joachim Gauck, both of whom grew up under communism, will attend ceremonies with the resonant motto “Overcoming Borders”.

Merkel, who will mark 10 years in power in November, is grappling with a record influx of refugees and migrants fleeing war and hardship, whose numbers are expected to hit one million this year.

Buoyed by a robust economy and job market, voters have largely backed her policy of extending help.

Volunteers have greeted thousands of refugees and migrants with open arms and mountains of donated essentials in moving scenes Merkel has said made her “proud of this country”.

However as the numbers have grown, Merkel’s popularity has shown signs of slipping as she comes under fire at home and abroad for her acceptance of the burden on Europe.

In a speech in the eastern city of Halle Thursday, Merkel urged Germans to recapture some of the can-do spirit that gripped the country in the heady months between the fall of the Berlin Wall and the remarriage of east and west.

“Even when a goal seems too ambitious, a task too big, a conflict almost intractable, we don’t need to be discouraged. We can work on what is possible,” Merkel said.

“That is something we can learn from our German history.”