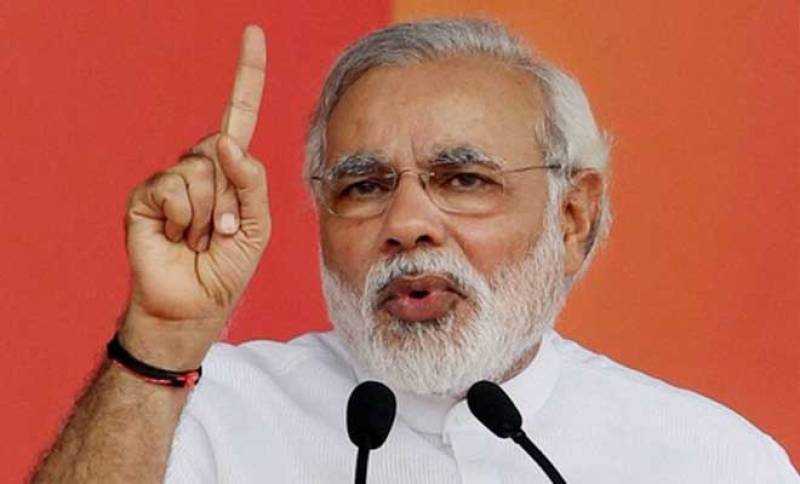 NEW DELHI (Web Desk) - While Indian Prime Minister Narendra Modi has completed his first year in office, the tech savvy premier took some time to share the steps taken by his government at social media network twitter, claiming the wolrd was optimistic towards India.

He shared an open letter to the Indian nationals which briefly told them about the key achievements of his government.

"[A lot] changed in one year," Modi tweeted. He added that inflation in India is down while power generation increased. He also mentioned that the less fortunate are receiving bank accounts.

The world is optimistic about India & is enthusiastic about exploring the opportunities India has to offer. http://t.co/IEuDfdcvWX

Modi said that his year as premier has strengthened the federal structure, portrayed complete transparency and had quick reforms.

The last year has been characterised by full transparency, quick reforms & strengthening of our Federal Structure. http://t.co/2EqA2rKwvA

Production is up, inflation is down, power generation has risen, poor are getting bank accounts…lot changed in 1 year http://t.co/rv4MkNMsIy

The Indian premier also shared a picture at his twitter which showed him presenting a flower bucket to President Paranab Mukherjee on completion of one year in the office.

Met Rashtrapati ji on the occasion of our Government completing a year. @RashtrapatiBhvn pic.twitter.com/LohDRYtZJn

Modi requested his fellow Indians to share their feedback about the performance of his government throughout the year using hashtag #SaalEkShuruaatAnek on twitter.

Share your thoughts using #SaalEkShuruaatAnek & get a personal message from me! Looking forward to hearing from you.