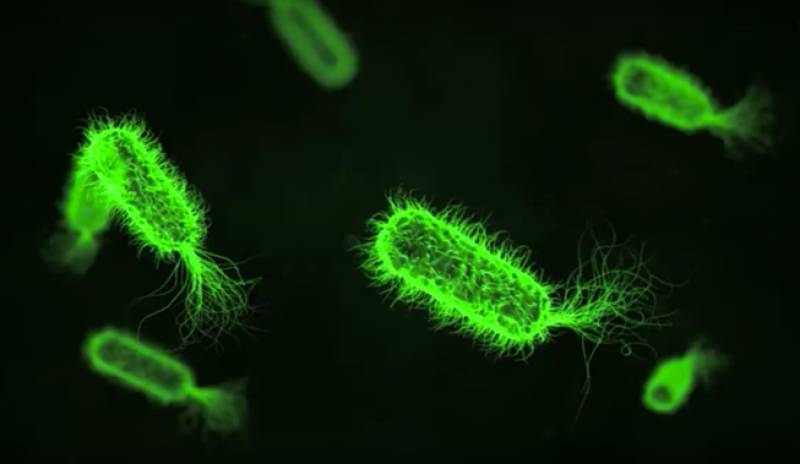 BOSTON: The researchers at Harvard Medical School in Boston have invented an entirely new form of life by making more than 62,000 changes to the genome of an E. coli bacterium.

This new supermicrobe will be so different from the natural tree of life that it will be resistant to all known viruses on Earth and will be capable of producing proteins unlike any found in nature, reports New Scientist.

The researchers hope to re-engineer the entire human genome in similar fashion, to create superhumans that are also resistant to all known pathogens.

In this way, the scientists can ensure that their creations won't escape from the lab and takeover the world. If it wasn't for this fail-safe, the engineered organisms would undoubtedly thrive in nature, since they are resistant to infection from all viruses.

This fail-safe also makes the supermicrobes preferable to other genetically-modified creations that still operate within the normal realm of nature, for the very reason that they can't escape the lab and potentially swap genes with wild microbes. But of course, the mere fact that they represent a new, potentially superior form of life is enough to make some skeptics nervous.

The 62,000 changes made to the E. coli bacterium's genetic code are so vast that they couldn't be made using conventional gene editing. Instead, the new genome had to be generated by a computer program, which was able to virtually scan and correct errors that emerged from the beastly new genetic arrangement. It's so complicated that the project hasn't been perfected yet, but the team expects to have corrected all the potential errors in the code within the next four years, if not much sooner.

Once an organism as simple as E. coli can be successfully re-coded, the process could become easier for more complex creatures. Imagine virus-resistant farm animals, crops, and yes... even humans. That's still a long ways off from reality, but a group of biologists including Church are already trying to raise $100 million to synthesize the entire human genome from scratch.