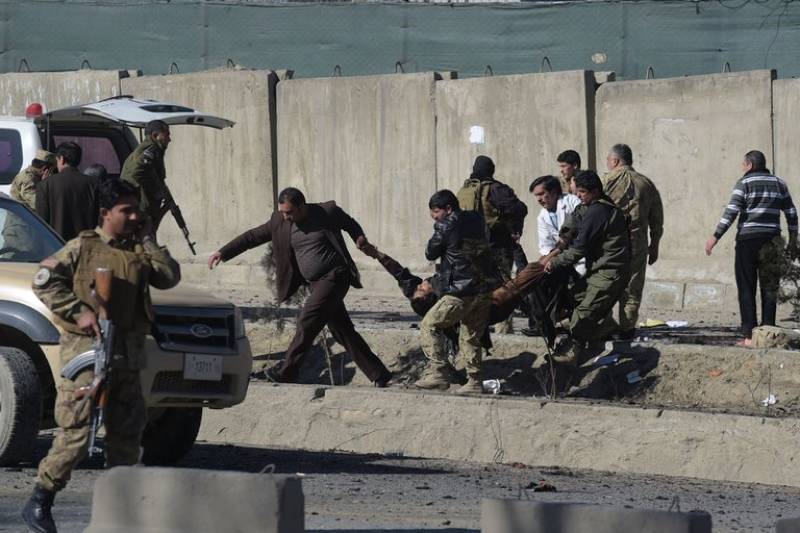 KABUL - In a fresh spree of violence Taliban insurgents have killed 23 civilians here on Friday raising the eye brows of law enforcement agencies.

“The Taliban insurgents have launched coordinated attacks on police checkpoints in Nesh district of Kandahar yesterday (Thursday), and they faced resistance from Afghan forces,” Kandahar police said in a press statement.

“Following the Taliban attack, 29 Taliban fighters were killed and a number of others sustained injuries, and large numbers of weapons and ammunition were confiscated from them,” the statement added.

“The brutal enemy after suffering defeat against Afghan forces, took their revenge by killing 23 civilians including five children and two women,” it said.

The police statement suggested the Taliban had sought refuge in the homes of civilians and killed them after they opposed the insurgents. According to Nesh district police commander Niaz Mohammed the attacks occurred Wednesday and Thursday as Taliban wanted to hide in the houses and civilians opposed it.

“Six members of a policeman’s family were among the victims. In total 23 people (civilians) were killed.”

The killings came after after Taliban  lost 29 of their fighters. However, Taliban spokesman Qari Yousuf Ahmadi rejected the claims as false.

Nesh district borders Uruzgan province is a major opium producer with high presence of Taliban, its population is considered pro-government and Islamists insurgents rarely intervene there.