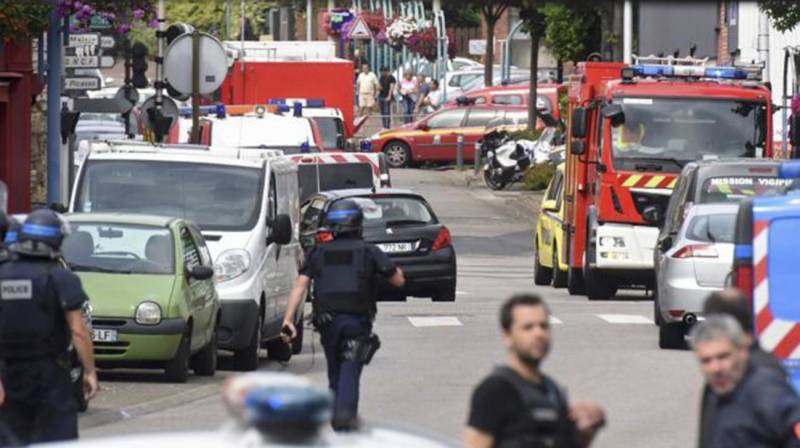 ROUEN - The attack on a catholic church in France on Tuesday reportedly claimed by the Islamic State (IS) terror group provided a practical demonstration of the threat the militant organisation posed to the Christian community.

An 85-year-old priest was killed after his throat was slit in the attack by one of two men, who stormed into church outside Rouen, Normandy. The attackers held several worshippers hostage. A nun who was fortunate enough to escape later told media that the men filmed the atrocity.

Although the two knife-wielding assailants were  shot dead by Police, the attack has struck fear in the hearts of the country's dominant religious faction.

According to French President Francois Hollande, the attackers claimed they were acting on behalf of ISIS, something the group confirmed via an affiliated news agency.
A French intelligence source told CNN that one of the attackers had been radicalized after the Charlie Hebdo killings and had tried to enter Syria on two occasions and was associated with Maxime Hauchard, another French jihadi.