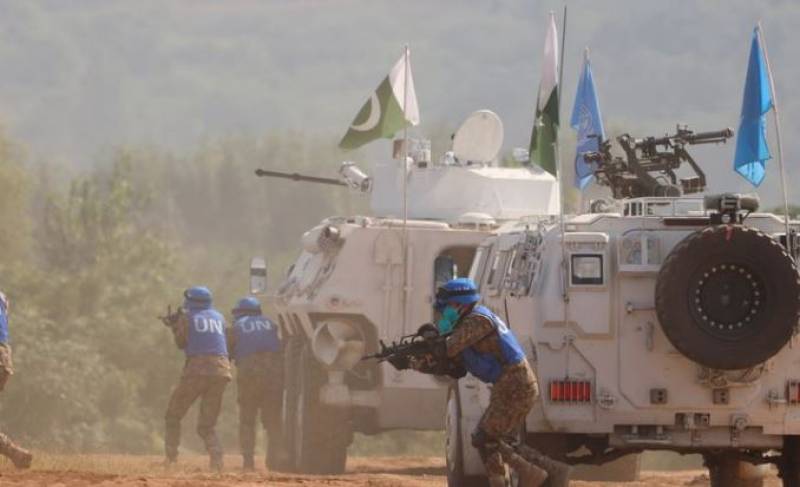 RAWALPINDI – A Pakistani soldier, Hawaldar Shafiq, embraced martyrdom while on duty during a peacekeeping mission in the Central African Republic, the military’s media wing said Thursday.

Shafiq, who hailed from Khanewal, was part of the UN mission in the Central African country responsible for the protection of civilians and facilitating humanitarian assistance in the region.

A statement issued by Inter-Services Public Relations said Shafiq was a brave and dedicated member of the Pakistani contingent ensuring the protection of local residents in CAR. He was laid to rest with full military honors at his funeral held in Mian Chunnu.

The ISPR added that the martyred soldier, who joined the UN peacekeeping mission in February 2021, is survived by his wife and three sons.

As many as 162 Pakistani peacekeepers have so far laid their lives as part of global peace missions for international peace and stability. The South Asian country is one of the longest-serving and largest contributors to United Nations peacekeeping.

Pakistan’s first UN peacekeeping mission started in 1960 in Congo and so far more than 200,000 Pakistani soldiers have participated in 60 missions in 28 countries. More than 7,000 personnel of the Pakistan Army have been deployed in nine countries as part of ongoing UN missions.