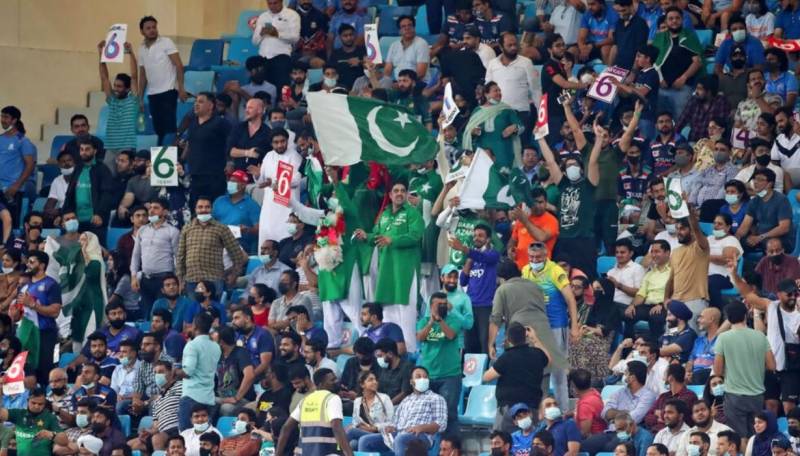 ISLAMABAD – Stadium in the country’s largest metropolis is set to return to full capacity as the National Command and Operation Centre (NCOC) reportedly approves the request of the Pakistan Cricket Board (PCB).

Reports in local media said the country’s nerve center on the novel virus has allowed a full capacity crowd at the National Stadium Karachi for the upcoming matches between Pakistan and Windies.

NCOC has directed PCB to follow all Covid related protocols for these matches while citizens aged above 12 years will have to bring their Covid vaccination certificate for entry to the stadium and face masks and use of sanitizers will be mandatory for all spectators.

As fans are eagerly waiting for the series at home ground, the tickets sale for the upcoming series is expected to go live shortly.

MANCHESTER – Pakistan cricket team has left the United Kingdom to set foot on the Caribbean lands for the ...

West Indies are scheduled to arrive in the seaside metropolis on December 9. The tour features three One-Day Internationals (ODIs) and three T20 Internationals (T20Is) to be played from Dec 13 to 22 at the National Stadium Karachi.

The Pakistan Cricket Board (PCB) is expected to announce the squad for the upcoming home series shortly. Reports claimed that the PCB is likely to give rest to experienced players Shoaib Malik, Mohammad Hafeez, former skipper Sarfaraz Ahmed, and Imad Wasim while pacer Muhammad Hasnain will be given chance against the Windies, per reports.