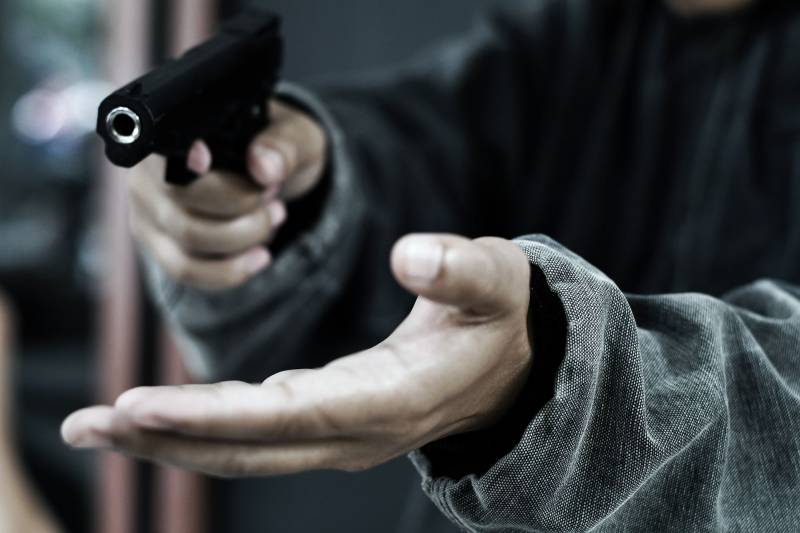 KARACHI – Amid the rising street crime in the country’s financial capital, an Additional Sessions Judge and his family were looted at gunpoint in Baloch colony on Wednesday night.

Reports in local media said two armed muggers looted additional session judge Naveed Hussain along with his family. The judge and family were deprived of cellphone by armed robbers on Main Expressway Road.

The incident occurred when District Sujawal judge Naveed Hussain travelled from Defence Housing Authority (DHA) to Shara e Faisal with his son and driver when two armed robbers stormed at his vehicle that was stuck in a traffic jam.

The FIR lodged under sections 397, and 34 on the complaint of Muhammad Ali Kolachi, stated that the robbers later came to their vehicle and looted them at gun point. The armed men took mobile phones and valuables from all four of them and then moved on to other vehicles.

It further added that a police van was standing at some distance while the law enforcers failed to arrest the accused after being informed about the incident. The senior officials of Karachi police took the action while further investigations are underway.