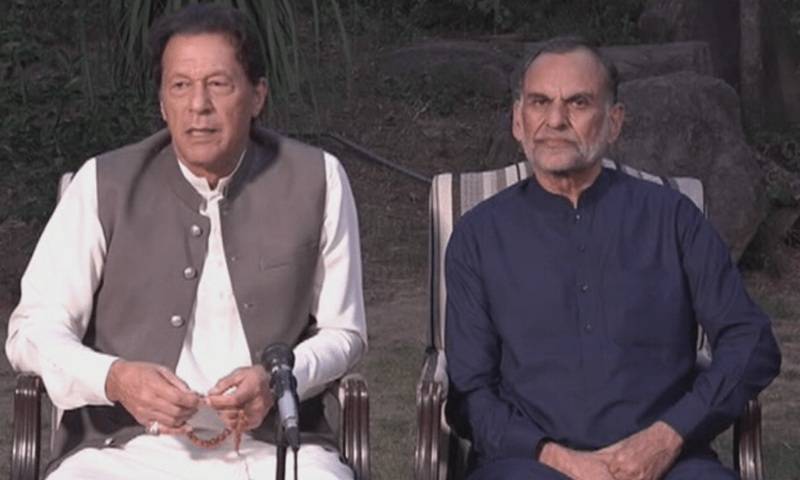 In a couple of tweets, the PTI chief strongly condemned the arrest of Swati, saying the way he was being treated is “shocking and condemnable”.

"Swati was moved to PIMS earlier this morning after suffering severe chest pains & breathing issues. while test results were awaited, Quetta police got him discharged & took him away endangering his life.”

Equally outrageous is what is being considered such a great crime would in entire civilised world be considered his democratic right to criticise. He must be released immediately. Sad to see our justice system unwilling to stop repeated violations of Swati's basic human rights.

Earlier in the day, Swati was arrested in the different cases registered against the senator across Balochistan for tweeting against the senior military officials.

Before being arrested by the Quetta police, he was in the custody of the Federal Investigation Agency (FIA) on a judicial remand in the controversial tweets case.