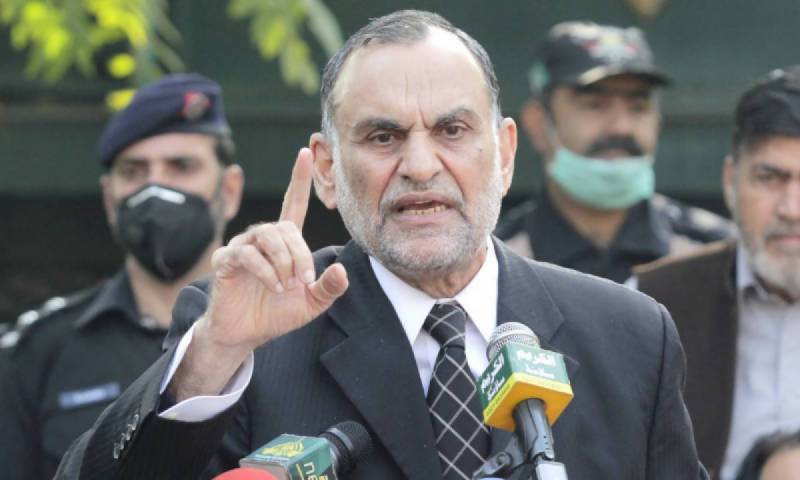 ISLAMABAD – A local court in the country’s federal capital Islamabad has extended the physical remand of Pakistan Tehreek-e-Insaf senior leader and senator Azam Swati in a case of controversial tweets against military leadership.

Judicial Magistrate Muhammad Shabir heard the case against the defiant politician and extended his physical remand for another four days.

After the arguments, the court directed the Federal Investigators to mark Swat’s attendance through a video link. The case was then adjourned till December 3 (Saturday).

In a similar development, the PTI leader approached the Islamabad High Court to get details of the cases filed against him in Sindh and Balochistan. Swati, 74, said he came to know about other cases after being held by FIA on physical remand.

The FIR stated that the PTI leader, along with two other social media users, started a highly obnoxious campaign against institutions and senior government functionaries, including outgoing army chief on a microblogging platform.

In one of his tweets, the senior politician mentioned going after a senior army official at every forum. FIA held him on grouds on 'intimidating tweets' which aimed to 'harm the state'.