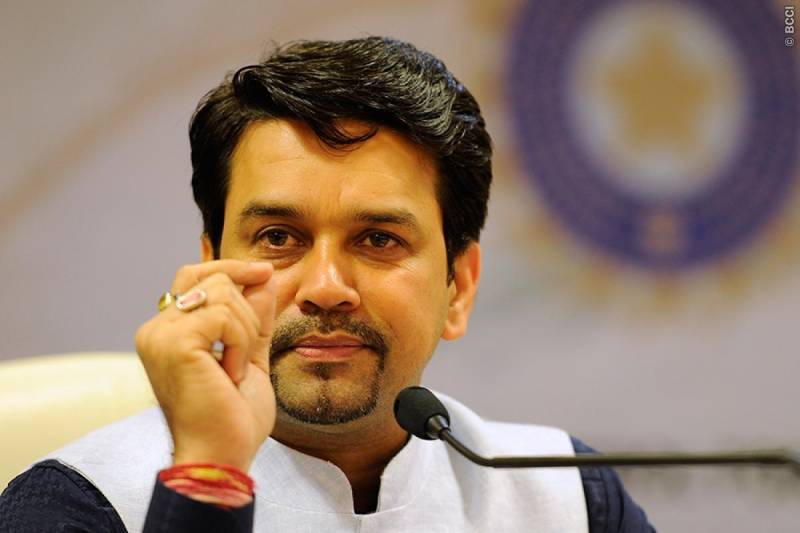 NEW DELHI - The Indian Supreme Court on Monday ordered the removal of Anurag Thakur as president of the Board of Control for Cricket in India (BCCI).

Besides Thakur, Ajay Shirke was also removed as the BCCI secretary for failing to revamp the Indian cricket body in line with the suggestions put forth by a court-appointed committee.

The court went on and issued show-cause notices to Thakur and Shirke pertaining to charges of perjury and contempt of court.

The decision that jolted the Indian cricket board came after a court-appointed committee, headed by Justice RM Lodha, suggested last year that each of the country's states get just one vote in the BCCI and in state cricket bodies and that the age limit of cricket administrators be limited at 70, and that government ministers and bureaucrats be kept out of the cricket authorities.

However, the officials reportedly failed to follow the suggestions. Thakur and Shirke have until Jan 19 to reply to the Indian apex court's charges.

The bench, led by Chief Justice of India TS Thakur, had in the previous hearing on December 15 threatened to start perjury charges against Anurag Thakur for allegedly lying about asking the International Cricket Council (ICC) to term the Lodha reforms as 'governmental interference'.

With India's economy growing in a bullish trend, the cricketing board plays a pivotal role in promoting the soft image of the country and is also a major influence on the International Cricket Board (ICC), international cricket's governing body.