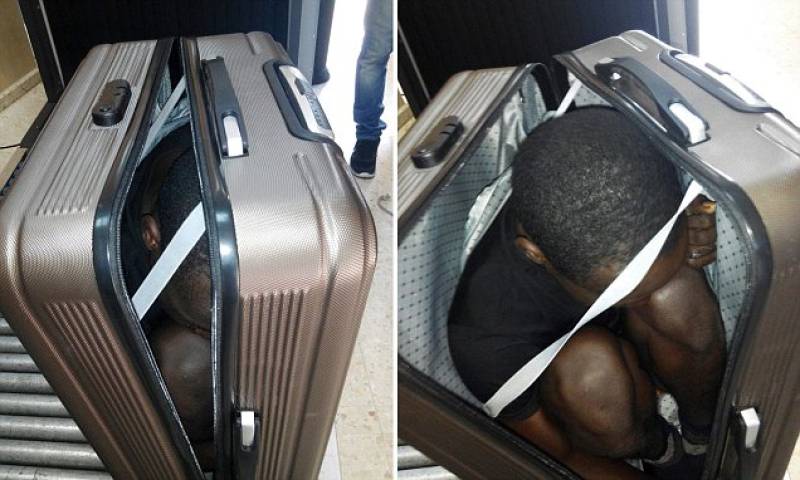 MADRID - A Moroccan woman is in custody after she tried to smuggle a 19-year-old migrant from Gabon across the Spanish border, stuffed inside a suitcase.

The Spanish Civil Guard arrested the woman in Ceuta, a Spanish enclave next to Morocco, last week, the Mail Online reported. 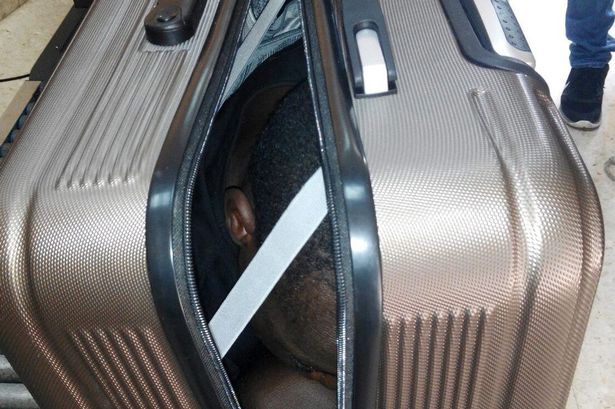 Spain's two enclaves in Morocco, Ceuta and Melilla, are often used as entry points into Europe for African migrants, who either climb over their border fences or try to swim along the coast.

Over the weekend, around 1,100 sub-Saharan African migrants tried to cross into Spain from Morocco via Ceuta by storming a border fence. Dozens of migrants made it to the top of the 6-metre barbed wire fence in the early hours before being lifted down by cranes, footage from local TV station Faro TV showed.

Only two people were allowed into Ceuta to be taken to hospital while the rest were returned to Morocco, the Spanish government said in a statement.

Five Spanish police and 50 from Morocco were injured, the government added, after migrants used rocks and metal bars to try and break through gates to access the fence and clashed with authorities. 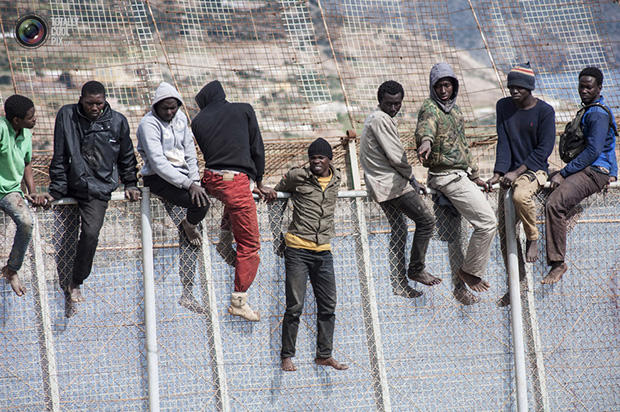 Spain has drawn criticism from human rights groups for allowing some migrants to be immediately turned back to Morocco in such incidents. They argue that skipping the lengthier deportation procedures deprives people of the opportunity to claim asylum.

2016 was the deadliest year ever for migrants in the Mediterranean, with almost 5,000 deaths, according to the International Organization for Migration.