'My name is Khan and I am a stooge', Maryam Nawaz responds to Imran Khan's post-bail tweet 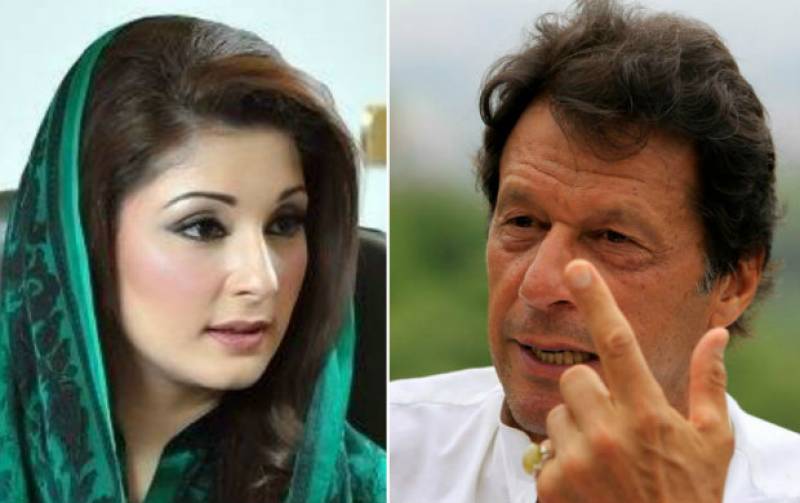 "I am a ladla [favourite] of the law because I abide by it," said the PTI chief on Tuesday after an Islamabad court accepted Imran's bail appeal in all four cases regarding an attack on Pakistan Television (PTV) headquarters in 2014.

"The decision proves that I am sadiq (truthful) and ameen (righteous), not a terrorist," Imran Khan told the media outside the court after the ruling.

The PTI leader is one of the accused in the four cases related to the 2014 attack that took place during the party's dharna in the capital. Khan, in December 2017, had moved the court for the case to be transferred to a civil court, but his request had been turned down.

Later, on Twitter, Khan reiterated that he was "not a terrorist" and was going to go after "the crooks".

My name is Khan and I am not a terrorist. Moreover, the SC has pronounced me Sadiq and Ameen and I am coming after them crooks!

My name is Khan and I am a STOOGE. https://t.co/ynhVFMAxxI

Earlier, in a sarcastic tweet, she alleged that the courts bailed Imran Khan because “he is judiciary’s ‘laadla’ (darling).”

In an earlier tweet, Maryam Nawaz also condemned media reports about Nawaz and Shehbaz Sharif’s visits to Saudi Arabia, by saying that they were “lies.”

“How many lies will you spew? You have to answer to God too,” she posted on Twitter.

He said that it is an honour for the CM to have an aircraft sent from Saudi Arabia for his visit, as the country is a tried and tested ally of Pakistan, adding that the friendly ties between the two countries cannot be broken by any “negative propaganda.”