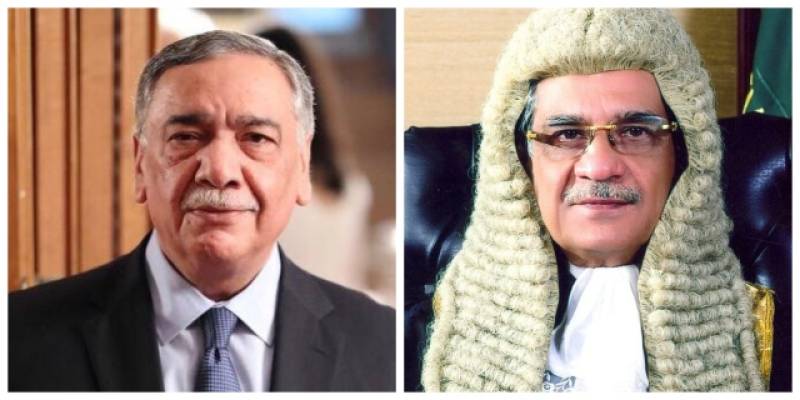 Born in 1954, Asif Saeed Khan Khosa has been a Senior Justice of the Supreme Court of Pakistan since 31 December 2016.

Justice Khosa has served as Justice of the Supreme Court since 18 February 2010 and also served as judge of the Lahore High Court prior to that. Before becoming a judge, he was an advocate of the Supreme Court Bar Association and Lahore High Court Bar Association. He was called to bar at the Honourable Society of Lincoln's Inn, London, Great Britain on 26 July 1979, one of the world’s most prestigious body of lawyers and judges.

He was among those judges who refused to retake the oath under the Provisional Constitutional Order (infamously called as PCO) when General Musharaf declared a state of emergency on 3 November 2007, suspending the constitution.

On 18 August 2008 he was restored to his prior position as High Court Justice as a result of an unprecedented mass movement to restore the "deposed judges" launched by lawyers, political worker and civil society activists.

He was among the larger bench of seven Supreme Court justices that was hearing Prime Minister Yousaf Raza Gillani's contempt of court case.

He also headed the larger bench of the Supreme Court that was hearing the "Panama Case" related to the alleged money laundering and off-shore illegal investment by former Prime Minister Nawaz Sharif and his family.

Mr. Khosa has invited his longtime friend Indian judge Madan Bhimarao Lokur, who retired as the senior judge of the Indian Supreme Court on December 30, 2018, to attend his oath-taking in Islamabad.

The three-member delegation of Indian judges will arrive in Pakistan via the Wagah Border and will attend the oath-taking ceremony of incoming Chief Justice Asif Saeed Khosa at the Aiwan-e-Sadr.