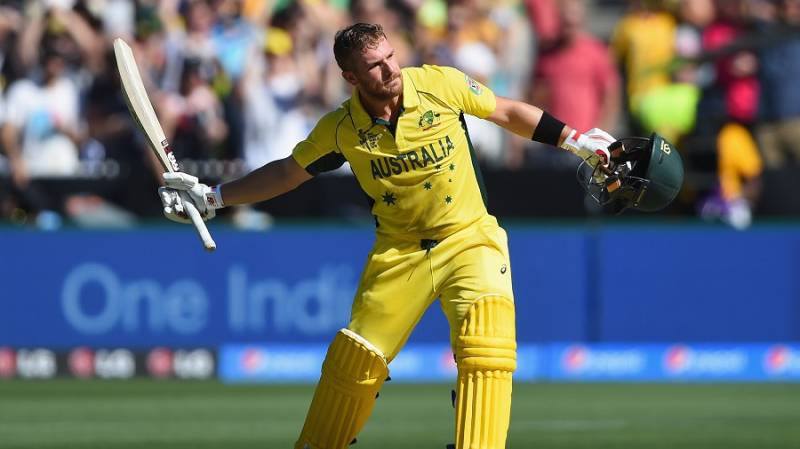 HARARE - Australia gave Pakistan a 9 wickets defeat in the second match of tri-nation series ending the Green Shirts' eight-match winning streak in the shortest format of the game.

AJ Finch's 68 not out lead Australia to their first win in the series. Hassan Ali of Pakistan was the only bowler to get a wicket.

Australia won the toss and decided to field first against Pakistan, which beaten Zimbabwe in the opening match on Sunday by 74 runs.

Hussain Talat (10), Fakhar Zaman (6) and skipper Sarfraz Ahmed (4) out in quick succession, followed by Shoaib Malik who was run out, showing the failure of Pakistani batting line.

Pakistan was off to a flying start in the Twenty20 tri-series with a thumping 74-run win over depleted Zimbabwe on Sunday.

Zimbabwe, going into the series without five top players because of a pay dispute between players and the country’s cricket board, was bowled out for 108 after Pakistan had made a strong 182-4.

With this victory, Sarfraz Ahmed set a world record of winning the most T20 internationals – 20 out of 23 matches in which he led Pakistan team.

Tarisai Musakanda top scored with 43 and was one of the three batsmen to reach double figures.

Pakistan will take on Australia in the second match of the series on Monday.

The three teams will play each other twice, with a rest day on Saturday before the top two sides meet in next Sunday’s final.

Muhammed Amir will not be a part of Pakistani squad. The experienced Mohammad Hafeez will return to the top order after his bowling action was cleared as legal last month.