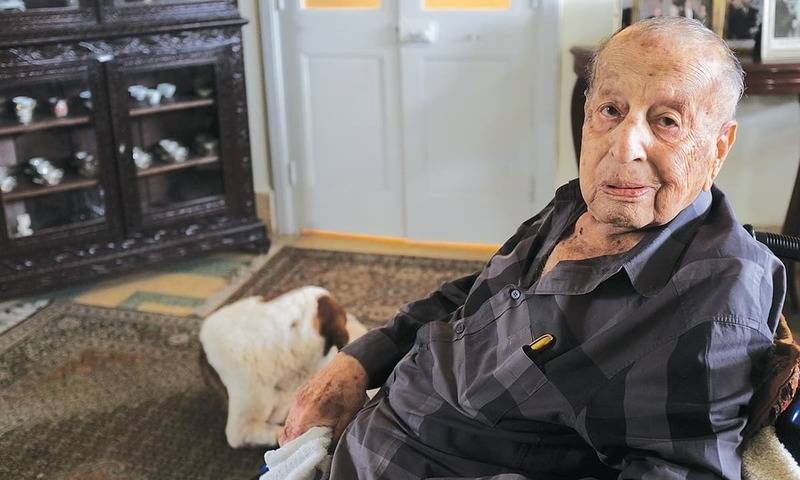 Addressing the participants on Monday, the caretaker premier said that Marker would always be remembered for his profound role in strengthening relations with other countries.

'Jamsheed Marker earned a wide reputation as a suave and skilled envoy who always promoted Pakistan’s positive image,' he said.

The Prime Minister unveiled a plaque of the Jamsheed Marker Hall which was organized by to pay tribute to ambassador Jamshed Marker who passed away recently at the age of 95.

The Prime Minister said Jamsheed Marker was one of the country’s most distinguished diplomats who left deep marks in all areas of diplomatic front he worked at.

'He is no longer among us, but remains constantly a role model for his successors,' the Prime Minister said in his tribute to the late diplomat.

The Prime Minister termed Jamsheed Marker a legend and an “outstanding diplomat” who always stood as a true Pakistani while presenting the country’s case at international fora.

Azad Jammu and Kashmir President Masood Khan said Mr Marker was one of the country's best diplomats who had left behind a legacy of powerful and effective diplomacy.

“He was also a statesman par excellence, who strengthened relations with powerful countries at a new level,” Masood Khan said.

He mentioned that whether it was Geneva cause, turbulent times with the United States or the UN Security Council resolution, ambassador Marker served the nation with through his powerful diplomatic skills.

He said ambassador Marker not only loved the country, but also acted for the country and added that “we remember a great person from the depth of our hearts”.

Foreign Secretary Tehmina Janjua said Mr Marker practiced the ultimate objectives of diplomacy with an art of sophistication and calm approach, even in the midst of strife and discord.

She said ambassador Marker would be immensely missed by the Pakistanis and the members of Foreign Office.

Nilofer Reifler, the daughter of Ambassador Jamsheed Marker said her father was a deeply civilized man who appreciated the cultures of all countries. She thanked the Foreign Office for paying tribute to her father.