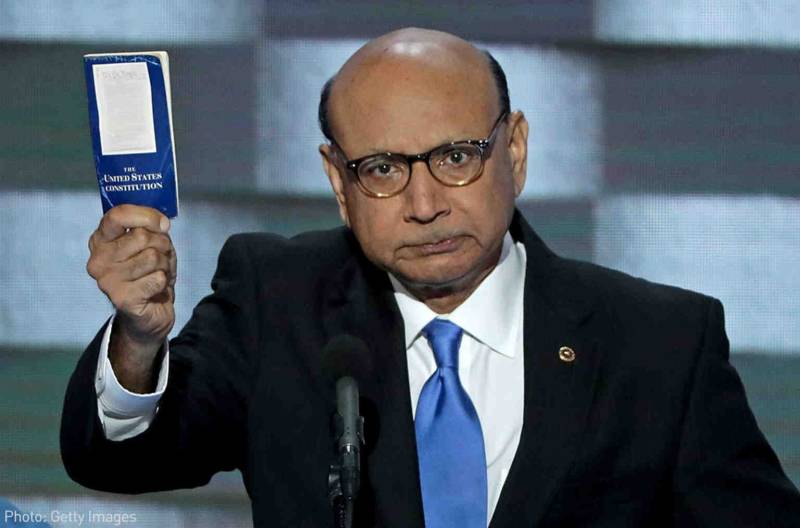 WASHINGTON — Pakistani-American lawyer Khizr Khan, serving in US Commission on International Religious Freedom, will be awarded the top US Civil Award by President Joe Biden.

A statement issued by the White House on Friday said the Presidential Medal of Freedom is the highest civilian honor, presented to individuals who have made exemplary contributions to the prosperity, values, or security of the US, world peace, or other significant societal, public, or private endeavors.

White House also mentioned that 17 Americans demonstrate the power of possibilities and embody the soul of the nation – hard work, perseverance, and faith.

The Presidential Medal of Freedom was established under former President John F Kennedy and presented to individuals who have made noted contributions.

Khan was known for being a prominent advocate for the rule of law and religious freedom. A firm critic of former US president Donald Trump, Khizr remained in limelight after delivering a passionate speech at the 2016 convention, in which he questioned whether the Republican leader had ever read the US Constitution.

Gujranwala-born Khizr Khan moved to the US in 1980. His son Humayun, a former captain in the US army, was killed in 2004 while on duty in Iraq. He also received top military awards for valor.

WASHINGTON – Khizr Khan, a Pakistani-American lawyer, has been appointed as the chief of the US Commission on ...

After immigrating to the United States in 1980, he attended Harvard Law School and obtained his LL.M degree. He is licensed to practice law before the Supreme Court of the United States, various Federal District Courts, and Washington, DC, and New York State courts.

ISLAMABAD – Ten Pakistan youth have made the nation proud as they won a prestigious Diana Award from the United ...