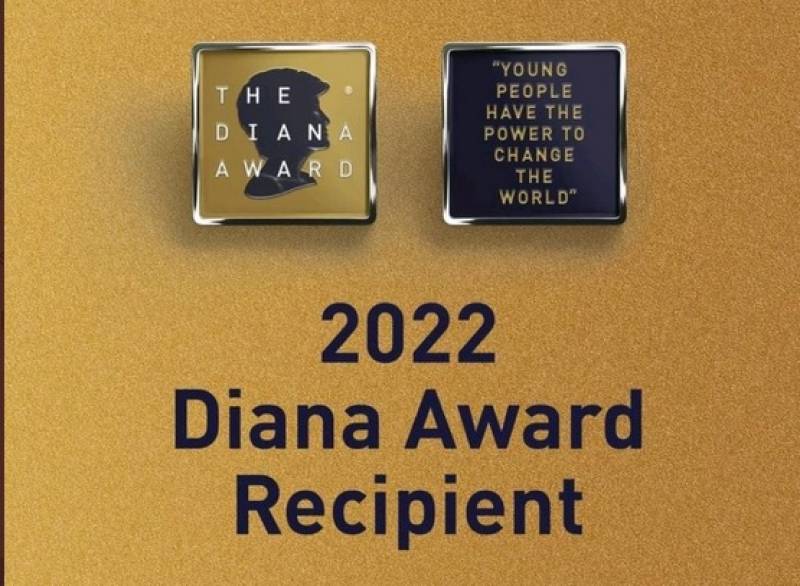 ISLAMABAD – Ten Pakistan youth have made the nation proud as they won a prestigious Diana Award from the United Kingdom for demonstrating their ability to inspire and mobilise new generations to serve their communities and create long lasting change on a global scale.

The Diana Award is conferred on young people aged between 9 to 25 years in recognition of their work to improve the lives of others.

Established in 1999, the award is named after the late Princess of Wales, Diana.

The ten award winning youth include six Pakistani residents, one from Azad Jammu while some are overseas Pakistanis.

Iqra Bisma, who lives in Pakistan, is the youngest awardee as she is just 18-year-old. She is a mental health activist, and has built a listeners society called ‘TALK’ (Time Attention Listening Knowing) to listen to those who need mental health support.

‘TALK’ is Pakistan’s first listeners’ society providing listening support to people, with over 50 fully trained listeners serving the community. She has also played leading roles in more than 15 National and International Organisations on the SDGs and conducted more than 100 youth engagement sessions during the pandemic including virtual gatherings, meetups, events, workshops, and awareness sessions to promote the positive use of social media.

Aiza is known for raising voice for children’s rights. In 2013, she founded her non-profit, ‘Aiza’s Teddybear Foundation’ with a mission to provide physical and emotional support to children in need around the world.

From only knowing a few words of English, Arqam, who hails from AJK, is now a multi-national and international award-winning speaker and youth leader. As an elected youth MP, he represented over 180,000 young people of Leeds in the House of Commons, speaking passionately to end knife crime. He has been recognised nationally for his tireless efforts to unite all races, religions, and cultures. He was the British Muslim Award 2019 winner from across the country while his efforts for promoting human rights were awarded by the Prime Minister of Pakistan.

Faryal, 22, is running an NGO, The Mirror, which fights against gender-based violence in Pakistan. She reached out to survivors of assault, working to give them the confidence to speak out about their experiences and come to terms with how they felt when forced to keep their silence. As the first such platform for young girls in Pakistan, ‘The Mirror’ was to become a voice for those who felt unheard, unsafe, and not believed.

The other awardees are working various issues, including women empowerment, harassment and education.