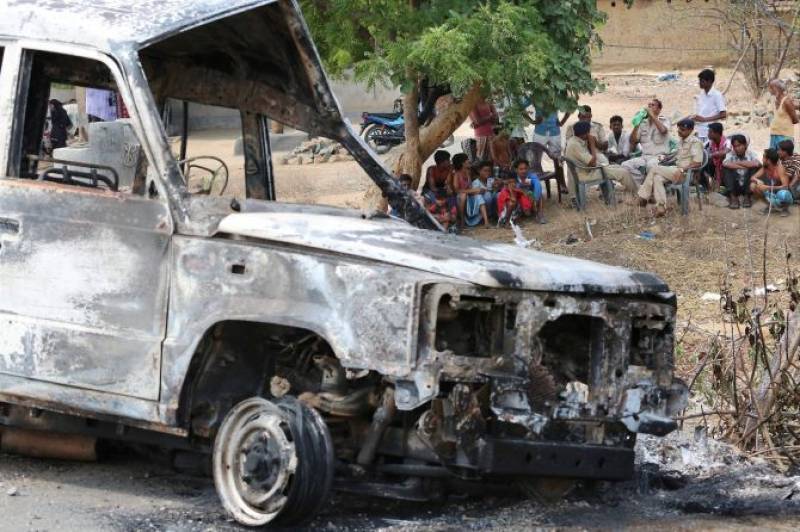 NEW DELHI - Two persons, including a journalist with a local news channel, have been arrested on charges of spreading rumours on Whatsapp and fake articles on social media that triggered child-lifting rumours, leading to the lynching of seven Muslims in two incidents at Jharkhand’s Bagbera and Rajnagar on May 18 and 19.

The journalist was granted bail on Thursday.

Another accused, Sushil Kumar, confessed to the police that he had edited a Facebook post of a certain Saurav Kumar and forwarded it to a WhatsApp group called 'Zilla Press Group News', said Senior Superintendent of Police, Anoop T Mathew.

Police said the message mentioned a couple of incidents in which “child-lifters were supposed to have been spotted and beaten up by people” in different areas of Jadugora.

“The Facebook post was shared on WhatsApp by one Sushil Agarwal, who posted it in a news group called Zila News. Subsequently, it was shared in other news groups. Nothing has come up during the probe on the basis of which it can be confirmed that the incidents mentioned in the post took place,” said DSP Vimal Kumar, one of the members of the team which investigated the spread of the message. But police officers said the spread of the message triggered a panic and villagers started keeping vigil. Administrator of one of the news groups, News Raftaar, Binod Kesri, said the intention was never to spread panic.

“Also, many police officers are members of these groups. If a wrong message was spread, why wasn’t it immediately dismissed?” asked Kesri, adding that he has often appealed to members of various groups not to fall for rumours. Kesri said he provides news reports and footage to various TV channels. Since he is the administrator of various news groups, police have questioned him. East Singhbhum SSP Anoop T Matthews said: “Hundreds of people shared the message. We had to find where it originated. We found that it was generated by Kumar (on Facebook) and then circulated (on WhatsApp) by Agarwal.”