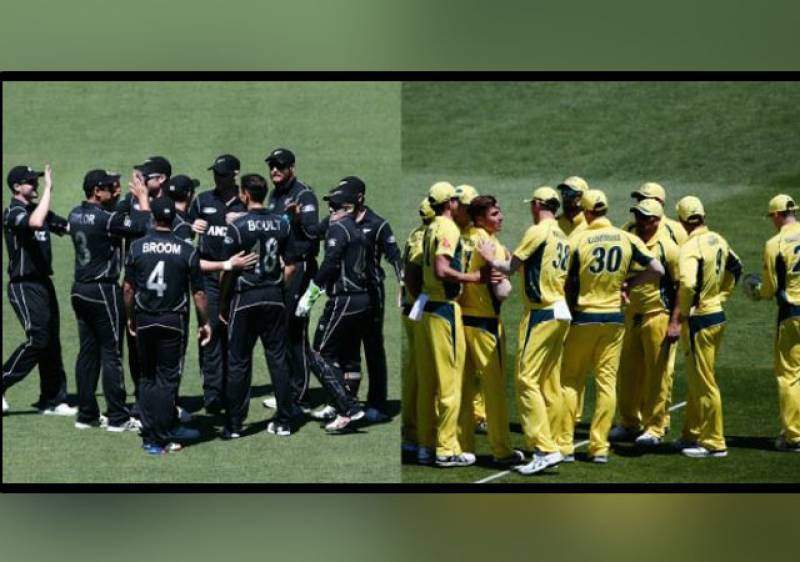 Kiwi skipper Kane Williamson won the toss and elected to bat first against the Kangroos.

The match is being broadcast on PTV & Ten Sports in Pakistan, Channel 9, Fox Sports in Australia while SkySports and Sky Sports NZ in New Zealand.

Rain is expected to interrupt the game today.

Australia and New Zealand have played each other in two Chappell-Hadlee series and both sides won the ODI series on their home grounds respectively.

The Australian side has not played together for approximately four months, They clinched victory in their warm-up game against Sri Lanka, but their practise match was washed out due to rain.

New Zealand, on the other hand, can be termed favourites after playing ODI series against Ireland and South Africa.

The Kangaroos have four pace attackers namely Mitchell Starc, Josh Hazlewood, Pat Cummins and James Pattinson in their squad for the tournament whereas New Zealand has Trent Boult, Tim Southee, Adam Milne and Mitchell McClenaghan in their Champions Trophy squad.

Large totals can be expected in today’s game as Bangladesh’s 341 was chased successfully by Pakistan whereas Kiwis chased Sri Lanka’s total of 356 runs.

Pakistan will play their first match against India at the same venue on Sunday.