Virender Sehwag says global warming is not a ‘real issue’, gets trolled on Twitter 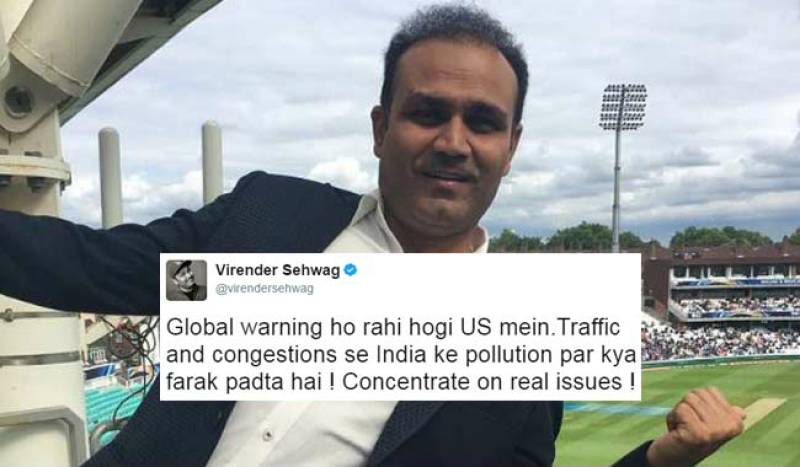 NEW DELHI -  Former Indian cricketer Virender Sehwag posted a tweet dismissing global warming as something that's happening only in the US.

The cricketer was slammed on social media for denying that climate change was a problem with some people wondering whether he was being sarcastic in writing the tweet.

You should be tweeting more responsibly when millions of people take your words for the truth.

Not sure what he means by real issues? Does he not know traffic=pollution=GHG emissions=#climatechange. But maybe this is not imp for him

Can sm1 explain what he meant 😑 pic.twitter.com/6hbvKls3Bi

However, after hours of trolling, the cricketer uploaded a video giving details about his previous controversial tweet.