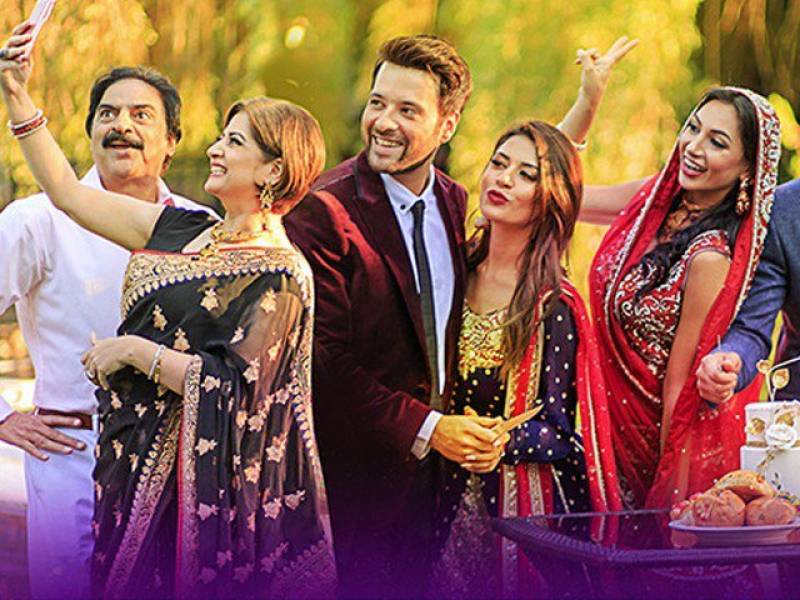 KARACHI- The Censor Board of Pakistan had banned Indian movies this Eid. In result to which only Pakistani movies will be shown at the cinemas. The ban will promote the local movie industry.

Hum tv sponsored movie Na band a Baraati was scheduled to be released on 6th July but now the dates are being changed and the movie will be released this Eid ul Fitr.

The movie will be starring   Mikaal Zulfiqar, Shayan Khan and Nayab Khan in lead roles. From the trailer, the movie seems to be a fun-filled family package being directed by Mahmood Akhtar and written by Harish Kumar Patel.

Wajood, 7 Din Mohabbat In, and Azaadi.

The film revolves around the lives of a few Pakistani families settled in Canada. Na Band Na Baraati features a mix of culture, compassion, love, mischief, and loads of entertainment.

Mikaal Zulfiqar is hoping high regarding the movie as he said, “I think Na Band Na Baraati will do well against these films.”

Let's watch the trailer clip of the movie:

On Eid, you can enjoy watching Na Band Na Baraati with family and friends!