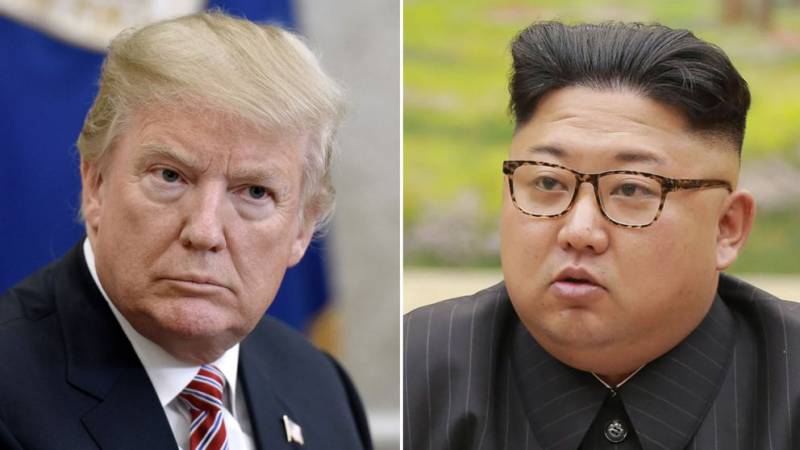 WASHINGTON - US President Donald Trump confirmed Friday that his summit with North Korea's leader Kim Jong Un would go ahead as originally planned on June 12 in Singapore.

The announcement came after unprecedented Oval Office talks with a top envoy from Pyongyang.

"We'll be meeting on June 12th in Singapore. We've got to know their people very well," President Trump told reporters on the White House lawn.

While admitting that dealing with North Korea was "going to be a process," Trump said he believed that process would ultimately be "successful."

The tycoon-turned-president said the letter from Kim, hand-delivered by Kim Yong Chol, was 'very nice' and 'very interesting,' without immediately disclosing its contents.

The US leader also said the issue of formally ending the Korean War would be on the table in Singapore when he would be shaking hands with North Korean leader Kim Jon un.

He also added that the summit might not achieve a final deal on the North's controversial nuclear programme.

"I never said it goes in one meeting. I think it's going to be a process, but the relationships are building and that's very positive," he shared.

The historic meeting between Mr Trump and Kim Jong-un would be the first between sitting US and North Korean leaders.

President Trump had earlier cancelled the summit, however, Pyongyang pressed Washington not to withdraw from the historic meetup, following which Trump agreed to meet 'fat and short' Kim.

US troop presence not 'on table' at summit: Mattis

The issue of US troops stationed in South Korea will not be "on the table" at a summit between President Donald Trump and North Korea's Kim Jong Un, US Defense Secretary Jim Mattis said Saturday.

"That issue is not on the table here in Singapore on the 12th (of June), nor should it be," he said at the Shangri-La Dialogue, a security summit in Singapore, referring to the scheduled date of the Trump-Kim meeting.

There are currently some 28,500 US forces based in the South. Trump said Friday he will meet Kim for the historic summit as originally scheduled after extraordinary Oval Office talks with a top envoy from Pyongyang.

Trump told reporters that denuclearisation -- and a formal end to the decades-old Korean war -- would be on the table in Singapore.