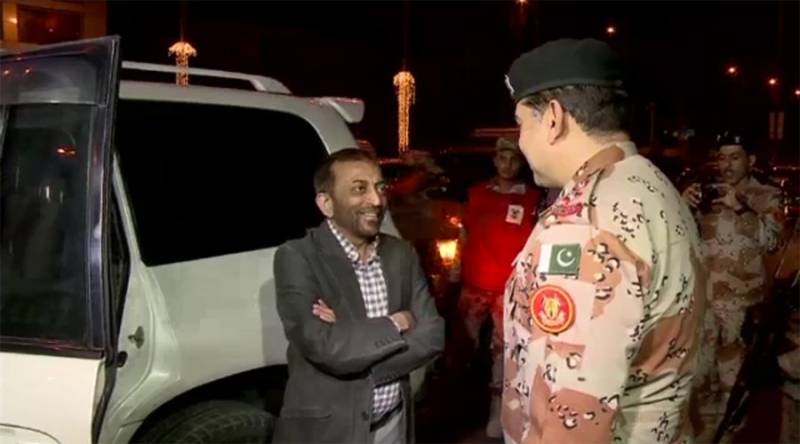 Farooq was stopped by Rangers personnel during snap checking at 'Do Talwar' area of metropolis but this time both the law maker and law enforcement personnel exchanged pleasantries.

The Rangers official inquired about the health of the legislator and after routine snap checking allowed him to go.

In an informal chat MQM-P leader stated that the roadside meeting with Rangers official provided opportunity to media which would now air tickers.

It may be mentioned that Farooq's last encounter with Rangers was in August when he was detained by the latter after hate-speech by MQM leader Altaf Hussain.