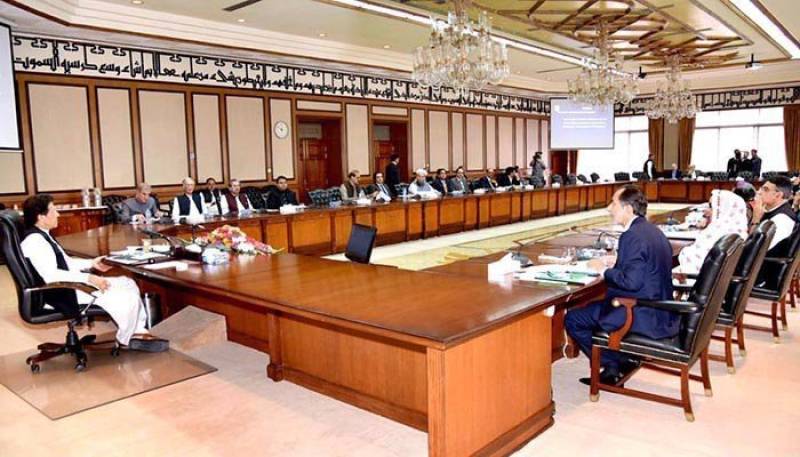 ISLAMABAD: Prime Minister Imran Khan will head a meeting of the cabinet today wherein political and economic matters will be discussed.

The prime minister will reportedly take his cabinet members into confidence over his Qatar visit and recently signed deal between The Taliban and the United States.

An eight-point agenda that include power tariff,  Pakistan Medical and Dental Council (PMDC), Coronaviurs, privatisation of the state institutions and others will be discussed in the meeting. cted to come under discussion.

According to media reports. the cabinet will give approval for the audit of the National Database and Registration Authority (NADRA) and it will also be briefed about a post-election revenue report.

Prime Minister Imran Khan Saturday welcomed the signing of Doha peace agreement between the United States and Taliban, terming it a step towards securing peace and reconciliation process in Afghanistan by ending decades long wars and miseries of Afghan people.