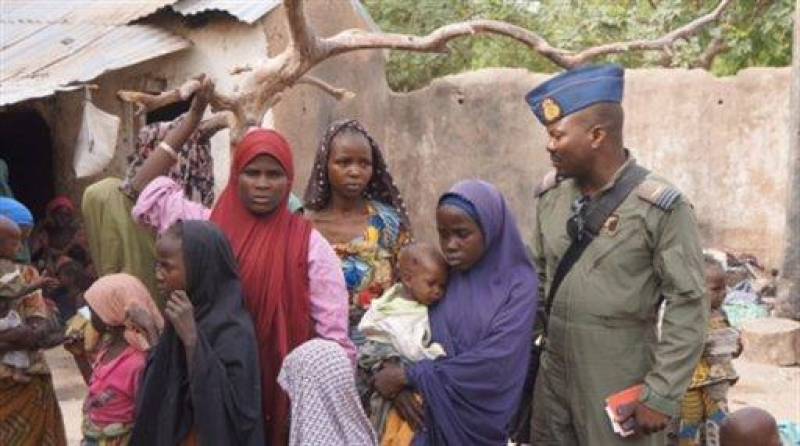 It brings the number of females declared rescued this week to more than 677.

"Another set of 234 women and children were rescued through the Kawuri and Konduga end of the Sambisa Forest on Thursday," said a message on the official Twitter account of the Nigerian Defence Headquarters posted early Saturday.

It comes as the army deployed ground troops following weeks of punishing air raids on the Sambisa Forest.

President Goodluck Jonathan, whose term ends this month, said Thursday that the forest is the last holdout of the Islamic militants and he pledged to "hand over a Nigeria completely free of terrorist strongholds."

There have been reports that some women fought the troops, with Boko Haram using them as an armed human shield for its main fighting force.

It is not known how many girls, women, boys and men Boko Haram has kidnapped over its nearly 6-year-old rebellion.

The military says it is screening the girls and women to find out what villages they came from. Some women the soldiers tried to rescue even shot at their rescuers, a military spokesman has said, indicating that some might now identify with Boko Haram after months of captivity and forced marriages. It also remains unclear if some of the women had willingly joined Boko Haram, or are family members of fighters.

The Nigerian military yesterday released photos of some of the girls and women they said were taken between Tuesday and Thursday in the Sambisa Forest. The photos show 20 or so women, children and babies looking generally healthy physically.

But at least one child looks emaciated and some of the children have the orange-colored hair signaling severe malnutrition.

There has been no announcement yet on whether any of those rescued are the students who were kidnapped from the Chibok school a year ago, a mass kidnapping that outraged much of the world.

Some photos were taken in an open courtyard with a high wall and leafy trees beyond. A military man in a flight suit, an assault rifle held by his side, stands among them. A young military medic with blue rubber gloves and a surgical mask dangling from his ears appears to be checking several of the children.