UK schoolchildren among unhappiest in the world 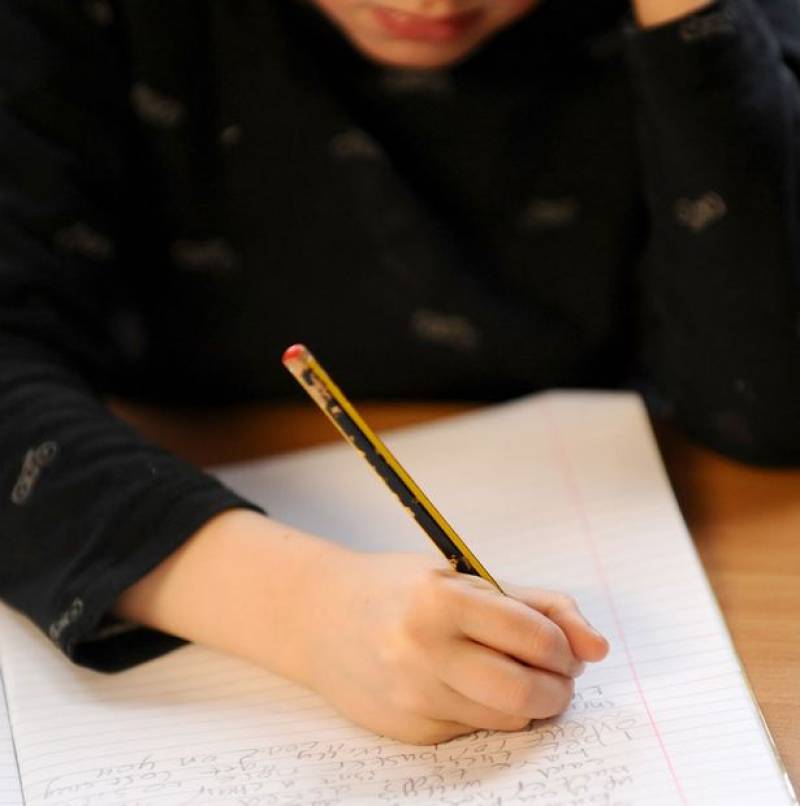 LONDON (Web Desk) - Schoolchildren in UK are among the unhappiest in the world , according to a new study.

Youngster here ranked 14th out of 15 countries for overall life satisfaction, just ahead of South Korea, with worryingly low scores for things like self-confidence and mental health.

English schoolchildren fared worse than those in several far poorer countries, including Ethiopia, Algeria and Romania.

English children ranked 14th out of 15 countries for overall life satisfaction, just ahead of South Korea, and scored low for aspects related to their "self" and school, according to research by the University of York in partnership with The Children's Society.

The Good Childhood Report 2015, which examined 53,000 children's "subjective well-being" across 15 diverse countries, found levels of unhappiness at school increased with age, with less than half (43%) of year eights in England saying they enjoyed school compared to six out of 10 (61%) year six students.

The report also found worrying levels of bullying in English schools, with more than a third of students (38%) aged 10 and 12 reporting that they had been physically bullied in the past month.

Half (50%) said they had felt excluded at school.

English girls ranked second lowest for happiness with their body confidence, self-confidence and appearance, rating their satisfaction as 7.3 out of 10 on average.

This places them just above South Korea, with a mean score of 7.1.

Colombian girls topped the table for body confidence, with an average rating of 9.6, followed by Romania with 9.4.

Matthew Reed, chief executive of the charity, said English schools should be legally required to provide counselling and government funding for children's mental health should be increased.

He said: "It is deeply worrying that children in this country are so unhappy at school compared to other countries and it is truly shocking that thousands of children are being physically and emotionally bullied, damaging their happiness.

"School should be a safe haven, not a battleground."

Whilst the findings do not indicate why children in England feel more unhappy than others, Kevin Courtney, deputy general secretary of the National Union of Teachers blamed poor mental health on the "narrow curriculum" and "exam factories" culture in schools.

Mr Courtney called on the Government to "consider seriously the impact of their policies on children's well-being".

He said: "Children can now expect to be branded 'failures' when barely into primary education, and many of those who undergo high-stakes tests and examinations at all stages of school life experience serious stress-related anxiety."

But a Department for Education spokeswoman said the Government was working hard to tackle the issue of mental health.

She said: "Bullying of any kind is unacceptable and all schools must have measures in place to tackle it.

"That is why we are providing more than £7 million to help schools tackle bullying head on.

"We are also promoting greater use of counselling in schools, improving teaching about mental health, and supporting joint working between mental health services and schools.

"This will ensure children can thrive both inside and out the classroom."