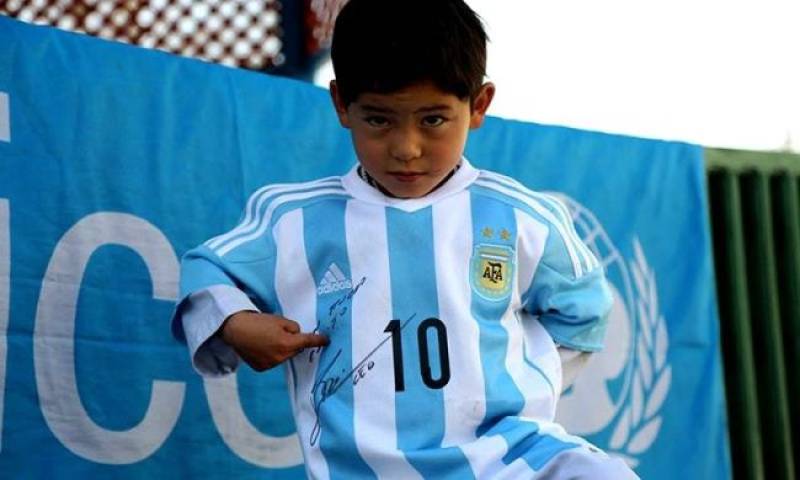 QUETTA (Staff Report) – Five-year-old Afghan boy, who became new internet sensation after a video which showed him wearing plastic bag jersey of top soccer player Lionel Messi surfaced online, has moved to Pakistan's city of Quetta along with his parents as they feared abduction of their child in Afghanistan.

According to Murtaza Ahmadi's father, there are serious threats to his kid's life following his popularity as a Messi fan. We are afraid that some group of militants can possibly kidnap Murtaza and demand huge amount of ransom against his release, he said while talking to a Pakistani TV.

He has also urged the governments of Pakistan and Afghanistan to arrange his son's meeting with Argentinian soccer star Lionel Messi as soon as possible. 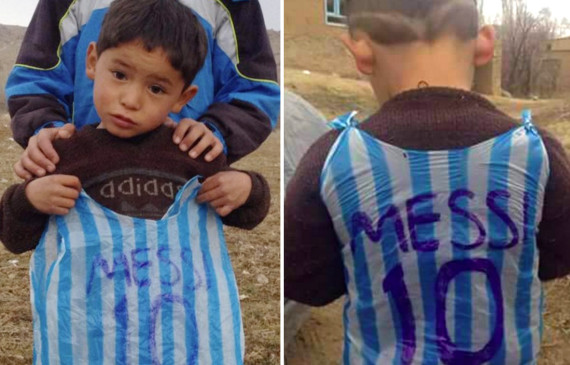 After his pictures surface online in the beginning of this year, for weeks nobody knew about his name or location, until one of the Messi fans online launched a campaign to track him down. Finally the world came to know that it was Murtaza Ahmadi from Afghan city of Ghazni.

His elder brother Homayoun, 15, had made him the blue-and-white-striped plastic shirt with Messi’s named scrawled in marker pen and posted the photos of Murtaza wearing it on Facebook in mid-January.

Later on, Barcelona star Lionel Messi sent a signed shirt to the Afghan boy in February-end and expressed his desire to meet the young fan. 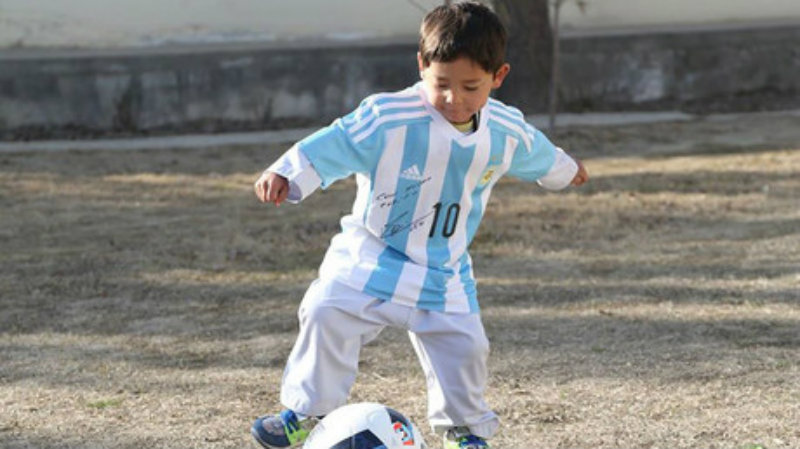 According Afghan football association, the footballer has approached them to arrange a meeting with five-year-old Murtaza Ahmadi.

However no date or venue was selected so far for the proposed meeting of the two.