US trying to bolster ceasefire in Syria 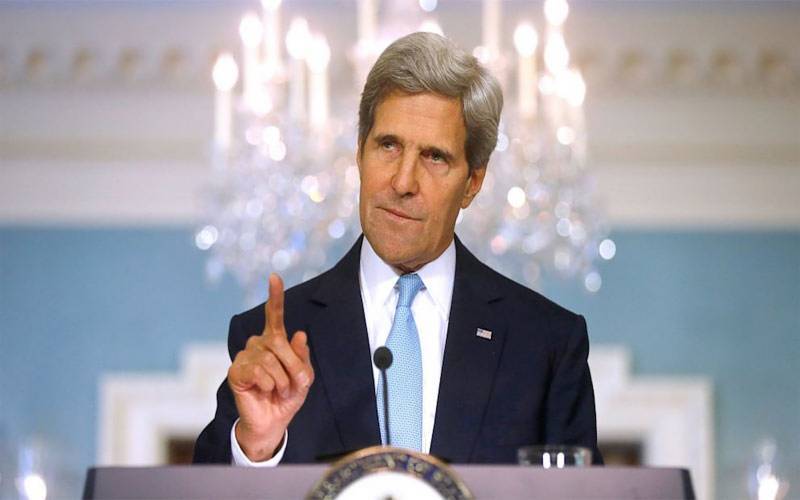 GENEVA (News Desk) - United States is making efforts to bolster a fragile and partial ceasefire in Syria as media reports suggest that children are on the verge of starvation in most parts of war torn country.

US Secretary of State John Kerry is in Geneva for talks on the situation with the UN envoy to Syria, Staffan de Mistura and the Saudi foreign minister on Monday.

Earlier, at a meeting with Jordan's Foreign Minister Nasser Judeh, John Kerry hoped to make progress in talks in Geneva over the next two days towards renewing a cessation of hostilities agreement throughout Syria and resuming peace talks to end the fighting.

More than 250 civilians have been killed in Aleppo in the last 10 days only.

The United Nations has also called for urgent aid in the eight cities of Syria that are worst affected by the air raids of Syrian air force.