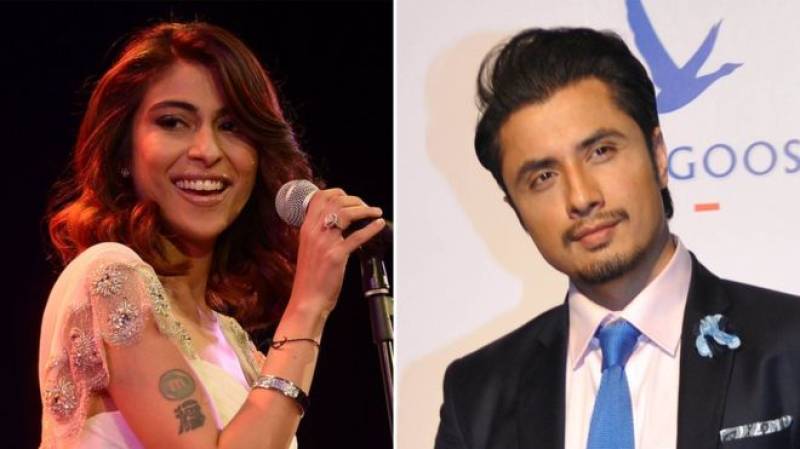 LAHORE- On Wednesday popstar Meesha Shafi's legal team sent Ali Zafar a legal notice for his “false, malicious and defamatory statements” against her.

The legal notice, shared on Twitter by lawyer and digital rights activist Nighat Dad, says: "In a statement aired on Hum News on 27th April 2019 (a link of which you have posted on your Twitter account also) you falsely claimed and published that our client is lying and has made false sexual harassment allegations against you just to get fame and recognitions so as to get Canadian immigration. In addition to the same, you have also claimed that our client wants to become Malala, thereby implying that Malala also fabricated a false story like Meesha just to gain international recognition and immigration of a foreign country. You have also knowingly and falsely claimed/published that our client's case against you has been dismissed by the ombudsperson against sexual harassment and that you have been exonerated from all charges of sexual harassment."

A legal notice has been served to @AliZafarsays against his false, malicious and defamatory statements against our client @itsmeeshashafi on multiple National TV channels. #MeToo pic.twitter.com/1ofo1KNhDb

According to the notice, Zafar made false statements against Shafi on multiple tv channels. It also refers to Ali’s appearance on Shahzad Iqbal's TV programme.

The legal notice further demands a public apology from Zafar and to pay Rs200 crore in "compensation for the loss and damage to our client's reputation."

In April 2018, Shafi claimed that she was sexually harassed by Ali Zafar on multiple occasions. Zafar, however, denied all allegations and filed a defamation suit against Shafi.