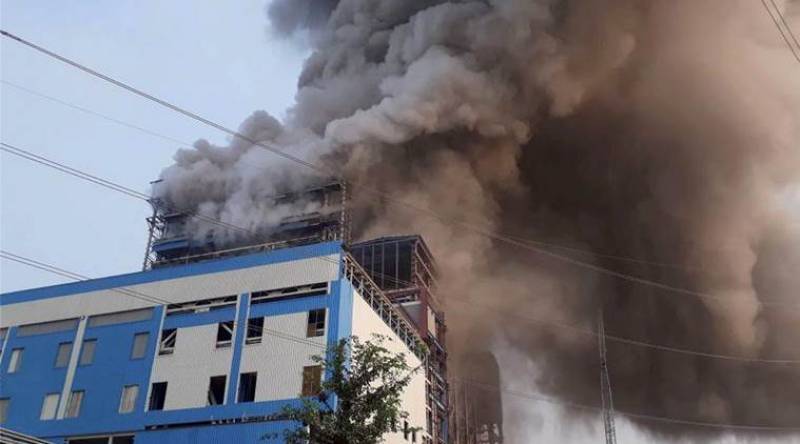 RAEBARELI, UTTAR PRADESH – At least 22 people were killed and scores injured following an explosion in a state-run coal power plant in Uttar Pradesh state on Wednesday.

As per reports, a boiler erupted in the newly installed power generating unit at the plant in Unchahar town of Raebareli city. The death toll could increase as some persons are believed to be trapped inside the unit. Around 100 were scalded in the incident and 20 of them are in critical state.

A huge fireball erupted after a boiler pipe exploded in the 500-megawatt power unit that started functioning in March this year at the plant, established nearly 30 years ago with five units in Unchahar town.

NDTV quoted a statement of NTPC, an electric power distribution company as "...there was sudden abnormal sound at 20 mt. elevation and there was an opening...from which hot flue gases and steam escaped affecting the people working around the area".

Following the blast, the plant has now been closed. A team National Disaster Response Force (NDRF) is also busy in rescue work.

Rescue officials have shifted the injured to two hospitals for treatment. Those with least injuries are being treated at a hospital in the NTPC campus, while others with severe burn injuries have been shifted to Lucknow.

Prime Minister Narendra Modi expressed grief over the incident and tweeted as saying, "Deeply pained by the accident at the NTPC plant in Raebareli. My thoughts are with the bereaved families. May the injured recover quickly. The situation is being closely monitored and officials are ensuring normalcy is restored".

Chief Minister Yogi Adityanath, who is in Mauritius on a three-day official visit, has announced Rs200,000 aid for the families of the deceased and Rs. 50,000 for the worst injured.